Choked Review: Anurag Kashyap's Restrained Critique Is Never In Danger Of Clogging Up 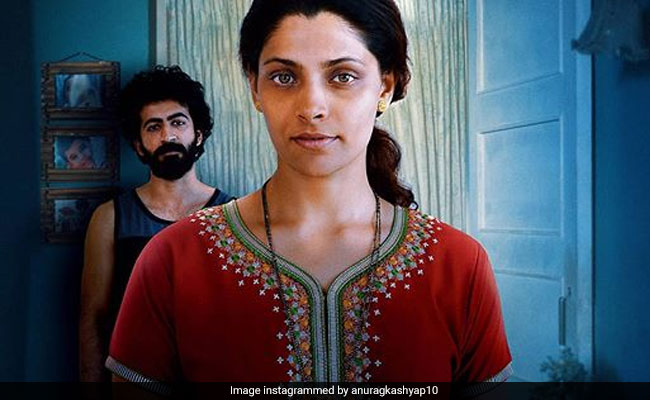 Money does indeed speak in Choked - Paisa Bolta Hai, a Netflix original film directed by Anurag Kashyap. It does so with a forked tongue. It promises deliverance while obscuring the constant rumblings that warn of impending chaos. It dances, sings and weaves circles around the residents of a four-storey building in Mumbai. Money goes up and down its stairs in stuffed suitcases as well as up and down a kitchen drain pipe in clear polythene pouches.

The director, working with a screenplay by Nihit Bhave, crafts a sly, suspenseful drama that, besides a fictional take on lives tipped over by demonetisation, presents a portrait of a young couple whose marriage is put under severe strain by money-related crises. 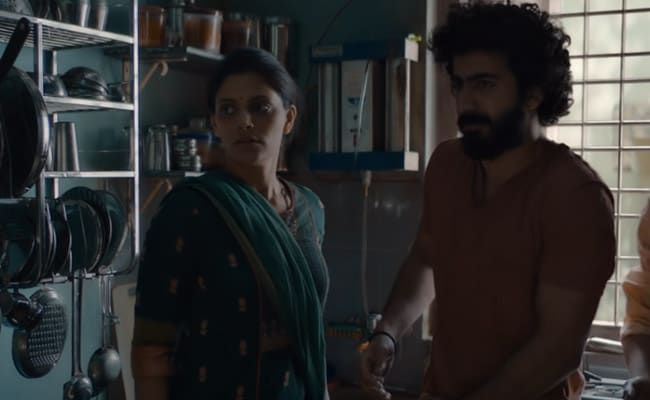 The riveting tale of secrets and lies centres on characters who slink in and out of the darkness. They dodge the harsh glare of the spotlight and seek the comfort of shadows as the little world contained in a residential block and its middle-class denizens is pounded by developments that spark panic and pandemonium.

Cinematographer Sylvester Fonseca's captures the innards of the building, the nooks and crannies of Sarita and Sushant's home, with a keen eye that enhances the seamless integration of these spaces with the narrative. When human beings are reduced to ferreting for money, the frames necessarily have to attain 'kitchen sink' realism. The camera is alive to the challenge.

In depicting how extraordinary measures impact the lives of ordinary people, Choked summons up effectively wry, mellow methods. Money is the only thing that matters here. Sarita and other women of the colony get together periodically for kitty parties where they play Bingo and make small talk. One such conversation veers round to the shady politician's private assistant who, in the words of the garrulous Neeta (Rajshri Deshpande), sneaks in and out of the top floor flat like a fox. 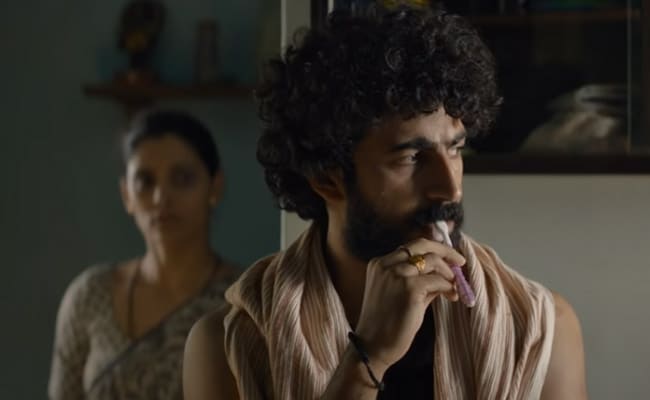 In an early scene, Sushant, angry at being deprived of his share of the spoils from a failed business partnership, comes close to raining blows on his carom buddy Dinesh (Uday Nene), who lives on the ground floor with wife Anju (Vaishnavi RP). In a later sequence, Sushant and Sarita engage in a slanging match over the latter's splurging on an expensive wedding gift.

That apart, and this constitutes a crucial strand of the story, Sushant owes money to Reddy (Upendra Limaye), owner of a restaurant where he worked as a guitarist. The latter mounts pressure on Sarita to repay the debt. At her tether's end, the wife, one night, finds the drain pipe under her kitchen sink spewing up bundles of neatly wrapped currency notes.

Choked is about money, greed, a broken financial system, corrupt politicians and that one shot in the dark - the demonetisation of November 8, 2016 - that unleashed bedlam for banks and their befuddled customers, especially for the most vulnerable among them.

The screenplay presents the effect of demonetisation in two ways. One through the bearing it has on Sharvari (Amruta Subhash), the lady in the flat on the first floor. She, a single mother preparing for her daughter's wedding, is caught unawares. The wedding contractor and the caterers have to be paid but all her money is now rendered worthless. 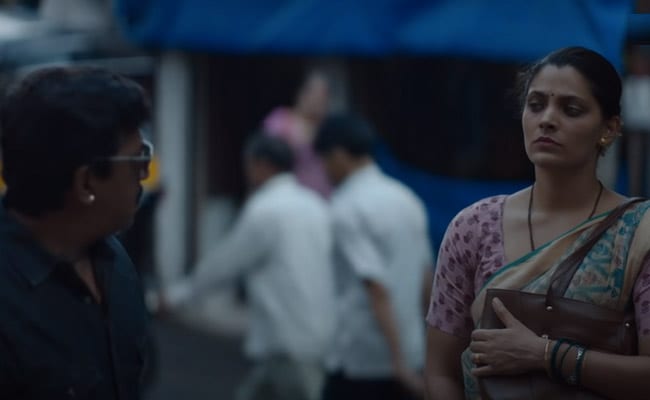 On seeing her in despair, Sushant pipes up: "Dekhna, sara black money nikalke aeyega abb." Sarita and Sharvari can only look at him in disbelief. Sushant, who earns no money and therefore has nothing at stake, runs out of the building and joins other residents of the colony in a robust celebratory song to welcome demonetisation.

Sarita cannot afford to be so enthusiastic. Her life and her bank are thrown into complete disarray: long queues outside the bank, longer hours of work and utter confusion over the exchange of old currency notes while her husband continues to while away his time playing Candy Crush and carom.

Demonetisation also manifests itself in the serpentine queues and fraying tempers outside the banks. One elderly woman requests Sarita to give her more money than she is allowed to withdraw. I live alone and cannot visit the bank every day, the customer implores. "Bank mein paise milte hain, sympathy nahi. Unke haath jodiye jinko vote diya tha," Sarita replies, dripping sarcasm.

Choked isn't a characteristically pugnacious Anurag Kashyap film. It offers a restrained critique of an abrupt, disruptive administrative act that created more problems than it solved, pretty much mirroring the manner in which Sarita's discovery of the kitchen sink stash shakes up her equations with her husband. It delivers the provocative swings in measured ways and solely from the point of view of the characters.

Dirty money takes on a literal connotation in Choked. So does the phenomenon of choking. It isn't only the kitchen drain that chokes and brings forth a windfall. Sushant sinks into a trough of his own as he deals with a lack of opportunities and a growing sense of defeat.

Failure is a load on Sarita, too, and it relates to her singing ambitions. She has to reckon with a 'choke' of her own that she finds very hard to live down. In the present, life is a daily grind for her. The train ride to and from the bank, shopping for vegetables and provisions on the way back, and doing the household chores weighs her down. Demonetisation only aggravates matter. Reddy gets into the act and seeks to arm-twist Sarita into agreeing to a shady deal.

Choked throws a few pointed jabs at the myth of muscular leadership propounded even as the nation flounders economically and socially. But the film saves the most savage takedown for the last - an end-credits musical parody of a medley of Hindi nursery rhymes (Akkar bakkar Bombay bo, Poshampa bhai poshampa, Naani teri morni ko mor le gaye, Titli uddi udd na saki) that has the combative Anurag Kashyap signature on it.

The two principal performances are stunningly free-flowing. Saiyami Kher fleshes out a strong-willed woman who is instantly relatable. Roshan Mathew, in his first Hindi-language film, gives the husband, a man dealing with inadequacies, just the right mix of the carefree and the vulnerable.

Amruta Subhash as the careworn but feisty Sharvari, Rajshri Deshpande in a lively cameo as the nosey neighbour and Uday Nene are all always on the money.

Choked - Paisa Bolta Hai is never in danger of clogging up. It pulsates with free-flowing but tempered energy.