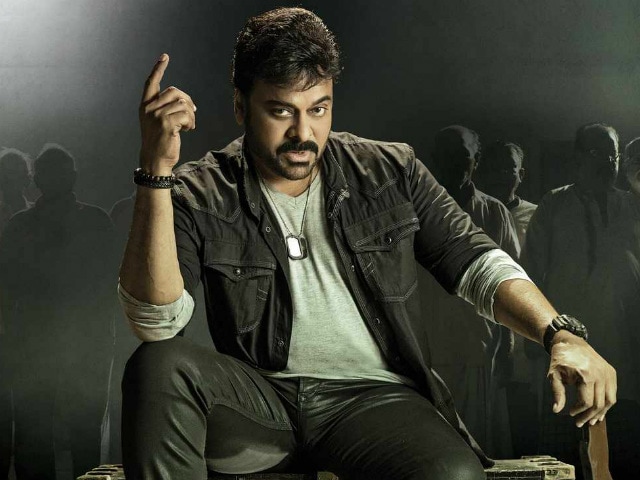 Chiranjeevi in Khaidi No 150

New Delhi: After 10 long years, superstar Chiranjeevi returned to silver screen with Khaidi No 150 and, to no one's surprise, the film opened on the theatres with a record-breaking response. Khaidi No 150 is Chiranjeevi's 150th film, as the title suggests. The film, a Telugu remake of Tamil blockbuster Kaththi released on January 11 and has completed about 50 successful days at the box office and still counting. India Today reports that the film became one of the fastest Telugu film to gross Rs 100-crore mark. On completion of 50 days at the box office, the makers of Khaidi No 150 released a special poster featuring the star himself Chiranjeevi and his actor son Ram Charan Teja, who also happens to be the producer of the film.

Check out the new poster here:

Of his comeback, Chiranjeevi earlier told IANS: "I don't think I'm nervous but curious to know how I would look onscreen after so many years and how I will be received by my fans." However, Chiranjeevi fans gave the superstar a red carpet welcome. Critics' are of the view that the 61-year-old actor couldn't have chosen a better film for his comeback.

Watch the trailer of Khaidi No 150:


Khaidi no 150 is an official remake of Kaththi directed by A R Murugadoss. The film is directed by V V Vinayak and bankrolled by Ram Charan produced under Konidela Production Company. The film features Kajal Aggarwal Opposite to Chiranjeevi. The music is composed by Devi Sri Prasad.

Chiranjeevi's last film as a lead actor was Shankar Dada Zindabad in 2007, the Telugu remake of Sanjay Dutt's blockbuster film Lage Raho Munnabhai. In between, he also appeared in cameo roles for Ram Charan's films Magadheera and Bruce Lee - The Fighter.

Promoted
Listen to the latest songs, only on JioSaavn.com
Ahead of the release of the film, director Ram Gopal Varma criticised the superstar for his appearance on the poster. RGV called Chiranjeevi a 'narcissist.' However, the actor gently ignored the Sarkar 3 director's rant and told the press that he tries to keep a positive outlook on certain things. He told Indian Express, "People react differently in different situations. I was hurt, but I didn't react. I try to keep a positive outlook towards things. The more we focus on criticism, the more will be its value, so I gently ignore and turn deaf to it. I believe my fans would also think so."