Chiranjeevi Is Also In Lockdown Cleaning Mode. See What He Posted

"The paths we take should always be clean," wrote Chiranjeevi 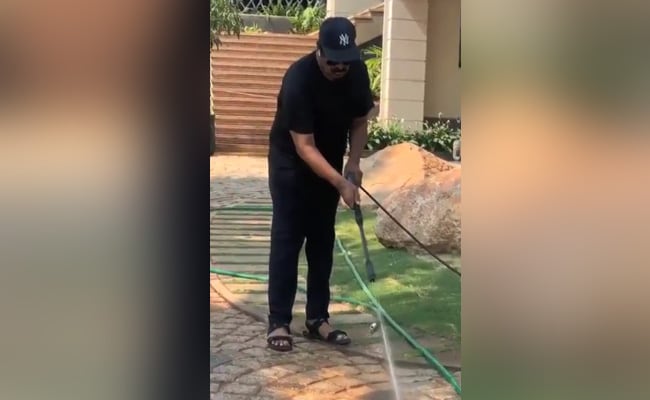 Chiranjeevi in a still from the clip. (Image courtesy: chiranjeevikonidela)

After son Ram Charan, it is south star Chiranjeevi's turn to show his fans how he is keeping himself busy during the nationwide lockdown. The actor is using his spare time to do several "lockdown activities," including cleaning. The reason we are saying this is because on Thursday, Chiranjeevi shared a video of himself in which he can be seen cleaning the premises of his bungalow by spraying water on the pebbled path. He can be seen wearing a black t-shirt, black trousers, a matching black cap and a pair of dark sunglasses. Sharing the clip, Chiranjeevi expressed his thoughts out loud and wrote: "The paths we take should always be clean." 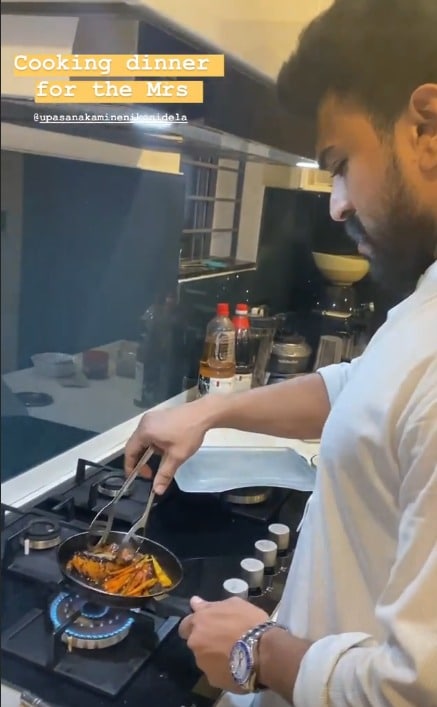 Chiranjeevi married Surekha, daughter of actor Allu Ramalingaiah, in 1980. Other than Ram Charan, the couple have two daughters - Sushmita and Srija. Chiranjeevi is the uncle of Allu Arjun, Allu Sirish, Varun Tej, Niharika and Sai Dharam Tej, all of whom are south actors.

On the work front, Chiranjeevi was last seen in the much talked-about Sye Raa Narasimha Reddy, which also starred Amitabh Bachchan in a significant role. Meanwhile, Ram Charan will next be seen in SS Rajamouli's RRR, the ensemble cast of which also includes Jr NTR, Ajay Devgn and Alia Bhatt.