With yesterday's Rs 10 crore collection, Chhichhore'performance on Tuesday was better than that of its opening day or that of Monday. 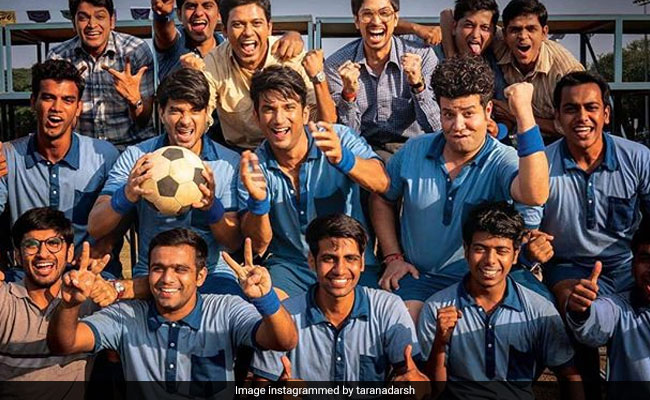 Chhichhore Box Office: Sushant and his co-stars in a still (courtesy taranadarsh )

Shraddha Kapoor and Sushant Singh Rajput's new film Chhichhoreis an "unstoppable" force at the box office. In five days, the college drama raked in a sum of Rs 54 crore, wrote trade analyst Taran Adarsh. He added that Tuesday's Muharram holiday worked in the film's favour as the numbers improved. With yesterday's Rs 10 crore collection, Chhichhore'performance on Tuesday was better than that of its opening day or that of Monday. Sunday's Rs 12 crore still remains the highest single-day collection for Chhichhore. Here's what Mr Adarsh tweeted: "Chhichhore is unstoppable." Biz shoots up on Day 5 [Tue], with the holiday giving it that extra push... Also, Day 5 [Tue] is higher than Day 1 [Fri] and 4 [Mon]... Fri 7.32 cr, Sat 12.25 cr, Sun 16.41 cr, Mon 8.10 cr, Tue 10.05 cr. Total: Rs 54.13 cr."

Apart from Sushant and Shraddha, Chhichhore's multi-dimensional cast also includes names such as Tahir Raj Bhasin and Varun Sharma. The film is based on how a group of college buddies reunite years later and revisit old memories as one of their friends battles death at the hospital.

Amitabh Bachchan, Aamir Khan, Akshay Kumar, Alia Bhatt and Tiger Shroff were one of the first Bollywood celebrities to cheer for the movie when the trailer released. Chhichhore has been helmed by Dangal director Nitesh Tiwari.