"This One Is For You Sushant": Chhichhore Stars Dedicate National Award To The Late Actor 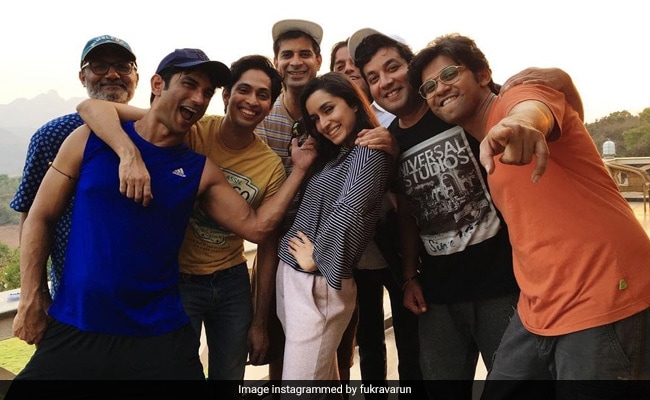 A throwback from the sets of Chhichhore. (courtesy: fukravarun)

After the 2019 film Chhichhore, starring Sushant Singh Rajput won the National Award for Best Hindi Feature Film, the makers and its cast dedicated the big win to the late actor who died by suicide last year. The film's director Nitesh Tiwari remembered the film's lead actor with these words: "This one is for you Sushant. From all of us at team Chhichhore." Meanwhile, the film's lead actress Sharddha Kapoor wrote this after the film won: "Thank you Nitesh Tiwari, Sajid Nadiadwala for making me a part of this beautiful film. We miss you Sushant Singh Rajput. Thank you National award committee. Thank you to the entire team of Chhichhore ."

Varun Sharma, who starred as Sushant Singh Rajput's best friend in the film, wrote this in his Instagram post: "A film which is truly special to all of us. A film which is very close to our hearts. This one is for you Kammo."

The actor also shared a throwback picture with the entire cast of the film. He simply added a heart emoji. No words needed."