Celina Jaitley Is Making A Comeback In This Film. Details Here 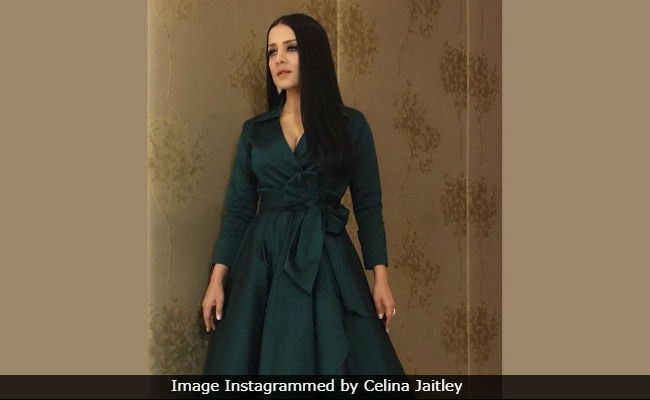 Actress Celina Jaitley is all set to return to the silver screen after seven years with her next film, titled A Tribute to Rituparno Ghosh: Season's Greetings, reports news agency IANS. The Ram Kamal Mukherjee -directed film will showcase the relationship of a mother-daughter, in which Celina will be playing the role of an actress. The film will also feature veteran actress Lillette Dubey, who will be seen portraying the role of Celina's mother and Azhar Khan as the male protagonist. Speaking of the project, the former beauty queen told IANS: "I am extremely happy to be a part of Ram Kamal's film Sea son's Greetings, because I have always considered him as a creative person and when he narrated me this story in Dubai, I had goosebumps."

The 36-year-old actress, who was last seen in the 2012 film Will You Marry Me?, said that she is excited to be a part of Ram Kamal's film. "I knew that this film will be worth my time, as post marriage and motherhood I was looking for a subject that would excite me as a performer," IANS quoted her as saying.

Celina, who is also a gay rights activist and has been actively associated with the LQBTQ movement for over 18 years, added, "Considering the fact that I have been associated with LGTBQIA movement since past 18 years, and Rituda (Rituparno Ghosh) being an inspiration for all of us, I feel that finally I will be acting in a film that deals with this issue."

Celina Jaitley is a former beauty queen and actress. She has featured in films such as No Entry, Apna Sapna Money Money, Tom, Dick, And Harry, Zinda and Golmaal Returns among others. Celina is married to hotelier Peter Haag and the couple are parents to Viraaj Haag and Winston Haag.