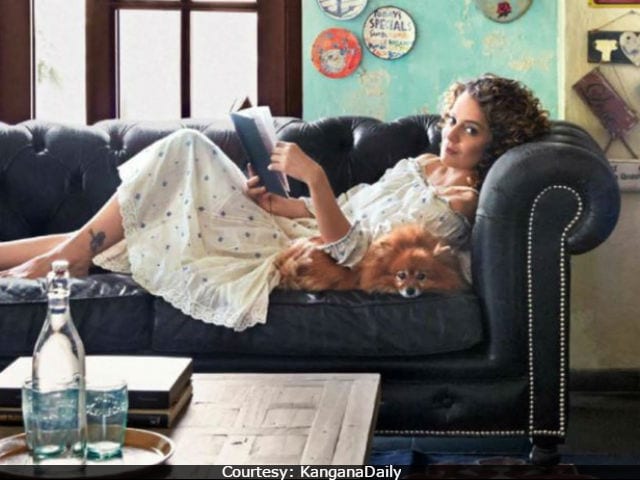 New Delhi: Actress Kangana Ranaut's Mumbai house is suddenly accessible to her public courtesy Architectural Digest, which has taken us inside. A fan club has tweeted pictures of Kangana's home and the decor is as colourful and quirky as the Queen actress' persona. Kangana's home features in the latest issue of Architectural Digest. Kangana Ranaut, who was last seen in Rangoon, is currently prepping for Manikarnika, in which she plays Rani Lakshmi Bai of Jhansi.

Check out the pictures of Kangana Ranaut's Mumbai home:

"You know, there you have blue, green and orange houses with red doors, and it's a very pretty sight, with a lot of accidental charm. Like, in my ancestral home, one section is done up entirely in maroon - maroon walls, maroon tiles on the outside and white interiors. I'm a mountain girl, and I wanted a bit of a mountain flavour, with a lot of greenery and colour," she told Architectural Digest.

Promoted
Listen to the latest songs, only on JioSaavn.com
Kangana has designed a small temple herself in the drawing room. "My idea of a perfect house is a place that takes me closer to my roots while I look into my future," she told Architectural Digest.

Kangana Ranaut is the star of films such as Queen, Tanu Weds Manu and its sequel and Gangster. She recently completed filming Hansal Mehta's Simran. Last week, she launched the poster of Manikarnika in Varanasi and was photographed doing the aarti and taking a dip in the Ganga.