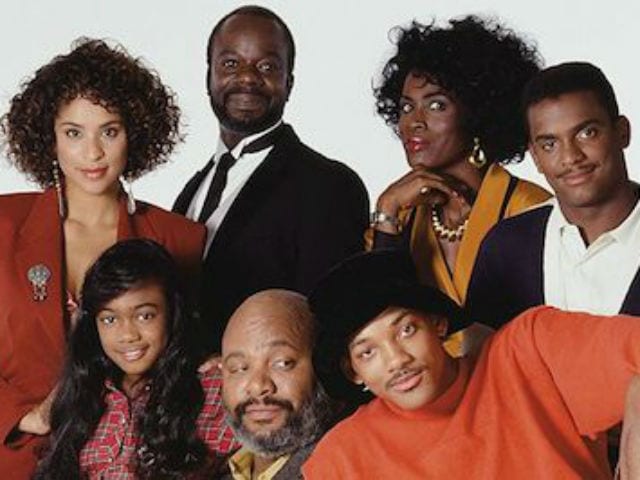 Cast of Fresh Prince of Bel-Air

New Delhi: It has been over 20 years since the show Fresh Prince of Bel-Air ended its six season run. Recently, the cast of the nineties show reunited in a picture posted on Instagram. The show starred actor Will Smith as a fictionalized version of himself, a street smart teenager from West Philadelphia who is sent to move in with his wealthy aunt and uncle in their Bel Air mansion after getting into a fight on a local basketball court. Actor Alfonso Riberio, who portrayed the role of Carlton in the show, posted a picture of six members from the cast on Instagram, captioned: "Always amazing to spend an afternoon with my Fresh Prince family. Wishing that James Avery was still with us to make this complete."

Always amazing to spend an afternoon with my Fresh Prince family. Wishing that James Avery was still with us to make this complete.

In the picture shared by the 45-year-old actor, Will Smith along with Tatyana Ali (Ashley), Karyn Parsons (Hilary), Daphne Maxwell Reid (Vivian) and Joseph Marcell (Geoffrey) can be seen happily posing for the camera.

Actor James Avery, who portrayed the role of Philip Banks on the show, died at age 68 from complications following open heart surgery.

The Fresh Prince of Bel-Air is an American sitcom that originally aired on NBC from September 10, 1990, to May 20, 1996. The series ran for six seasons and aired 148 episodes.

Alfonso Ribeiro took part in the thirteenth series of the British reality show I'm a Celebrity...Get Me Out of Here!, where he came in seventh place. He also won season nineteen of Dancing with the Stars with professional partner Witney Carson.