Caption This Pic Of Malaika Arora 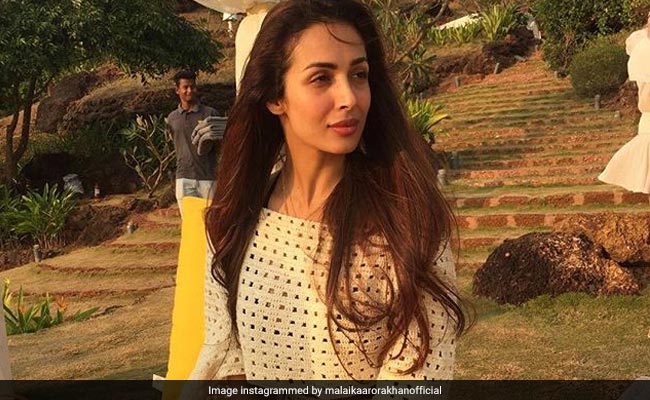 New Delhi: Bollywood is soaking in the New Year feels and vacation mode is on with celebrities being spotted on envy-inducing vacations across the globe. For Malaika Arora, it's some me-time. The actress posted a refreshing photo of herself from an undisclosed location, in which she can be seen comfortably sitting and looking ahead to the New Year. Malaika's photo seems to be from some resort and she looks absolutely stunning in a white top paired with white shorts, accessorised with some gold bracelets. Malaika's photo definitely gave us some chill vibes and netizens could not but notice it even on a lazy Saturday afternoon. Within one hour, Malaika's picture has received 80,900 'likes' and compliments like 'beautiful,' 'lovely' and 'cute' have filled the comment section.

A post shared by Malaika Arora Khan (@malaikaarorakhanofficial) on Jan 5, 2018 at 8:57pm PST

Not only Malaika Arora but other celebrities such as Shilpa Shetty, Akshay Kumar, Kareena Kapoor Khan and Alia Bhatt welcomed the New Year at their favourite destinations and gave us major vacation goals.

Alia Bhatt with her BFF Akansha Ranjan Kapoor in Bali.

Kareena Kapoor and Saif Ali Khan along with Taimur at Gstaad, Switzerland.

Ahead of the New Year, Malaika Arora celebrated Christmas with her BFFs. Kareena Kapoor Khan, Karisma Kapoor, Karan Johar, Malaika's sister Amrita Arora and others were spotted at the the Christmas party.

Malaika Arora was married to Salman Khan's brother Arbaaz Khan. Malaika and Arbaaz announced last year that they were separating and were granted a divorce this year in May. But, the former couple are still spotted together at social events.

Promoted
Listen to the latest songs, only on JioSaavn.com
On the work front, Malaika, who recently celebrated her 44rth birthday, was last seen as one of the judges on India's Next Top Model Season 3.