"Love these shots and love your gin. Oh, but I'm an 'a****e' cos I wanted you to read the second half of The Shining?" commented The Rock 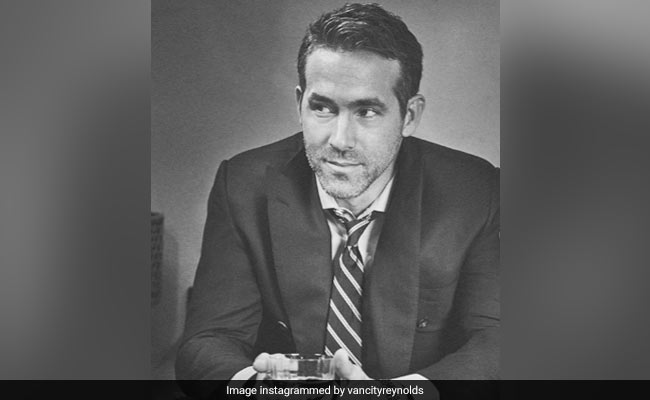 Early this morning, Ryan Reynolds, at his most Deadpool-esque, captioned a set of pictures of himself promoting the gin brand he owns with a reference to "two thankless a******s" who, he claims, were responsible for depriving him of sleep the night before the campaign was shot and the resulting bags under his eyes (point them out us if you spot any). Reading the caption in its entirety reveals that said ingrates were not, in fact, the 42-year-old's long-time frenemies Hugh Jackman and Jake Gyllenhaal but his two little daughters who were left sleepless because Ryan went above and over dad duties by reading them not only Winnie The Pooh but also half of master of horror Stephen King's The Shining.

Earned those undereye bags all by yourself, Ryan Reynolds. Read his hilarious post here (and it won't hurt to look at the dreamy pictures either):

LOVE this @AviationGin shoot with the legendary @guyaroch. Hair by @serafinosays and styling by @joseph.episcopo. Bags under my eyes by two thankless assholes who refused to go to bed the night before, despite the fact I read them Winnie the Pooh and nearly half of Stephen King's The Shining.

Ryan's long-suffering wife Blake Lively, who is pregnant with their third child, commented, "Feeling very happy about my life choices right about now." Thoughts and prayers.

The most hilarious comment, however, came from Dwayne 'The Rock' Johnson, in whose Fast & Furious spinoff Hobbs & ShawRyan Reynolds made a cameo. The Rock wrote: "Love these shots and love your gin. Oh, but I'm an 'a****e' cos I wanted you to read the second half of The Shining?"

We spotted some Ryan-Rock Instagram action last month as well:

I can only imagine how upset I was to discover this. #HobbsandShaw @therock #Rebecca

Could it be the start of another beautiful friendship of the kind Ryan Reynolds shares with the two gentlemen pictured here?

These fucking assholes said it was a sweater party.

Hope springs eternal. Ryan and The Rock are, after all, making a Netflix movie together called Red Notice - Gal Gadot co-stars, for added Fast & Furiousness.

In between killing it on Instagram, Ryan Reynolds has found the time to also star in three films coming up this year and next - Six Underground, The Hitman's Wife's Bodyguard and Free Guy.