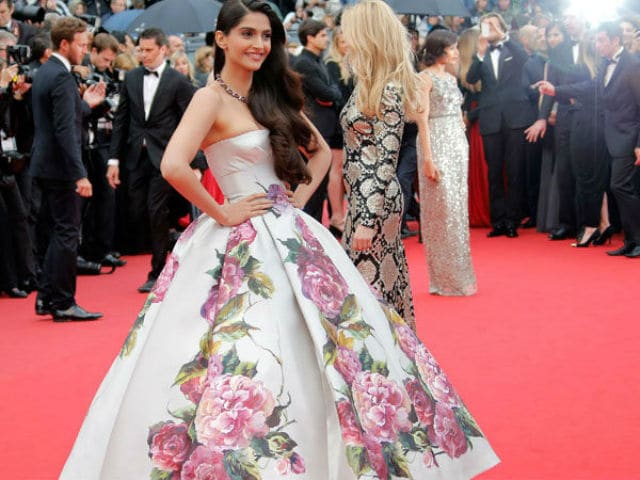 Sonam Kapoor photographed at the Cannes Film Festival in 2013.

New Delhi: Actress Sonam Kapoor, who will walk the red carpet this year at the Cannes Film Festival, said that she doesn't think about the feedback of her red carpet look.

"As opposed to what people would assume, I don't really think about it at all. There is no pressure on me. I don't take myself too seriously," Sonam told IANS when she was asked about how she plans her look at the red carpet.

"I've always felt great in everything I've worn and it has always appealed to my sensibilities. The best way to bring your A-game on the red carpet is to be yourself," added Sonam.

Sonam, the L'Oreal Paris brand ambassador will walk the red carpet on May 15 and 16, as well as attend the amfAR gala, a charity event there.

"It is something to be proud about. Our films too are making a big splash at the festival and I'm happy to represent the country in whatever capacity I can," said Sonam.

Sonam is looking forward to the experience.

"It feels wonderful. I always look forward to the experience. L'Oreal is the best host," said Sonam.

Actress Aishwarya Rai Bachchan will walk the red carpet on May 13 and 14.