Cannes 2015: This is What Matthew McConaughey Said When Critics 'Booed' His Film 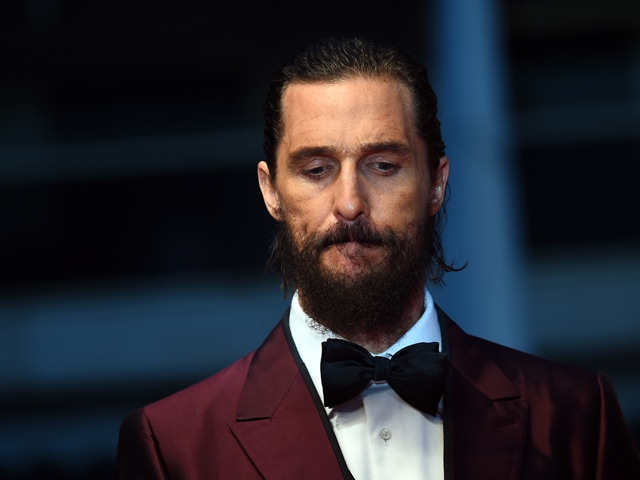 Matthew McConaughey at the screening of The Sea of Trees at Cannes. (Image courtesy: AFP)

Cannes: Matthew McConaughey's new drama film The Sea of Trees met with boos from critics when it was screened at the Cannes International Film Festival. The Oscar-winning actor, however, brushed aside the criticism for the film.

Promoted
Listen to the latest songs, only on JioSaavn.com
"Anyone has as much right to boo as they do to ovate," said Matthew at a Cannes press conference for the film on May 16.

Later, the audience at the movie's official premiere gave it a brief standing ovation. Matthew plays the role of a scientist, who is grieving the death of his wife (Naomi Watts) and travels to a "suicide forest" in Tokyo to end his life. Once there though he encounters an injured local trying to find his way out of the forest and in helping this stranger he finds the will to live.