Cannes 2015: The Contenders For the Palme d'Or 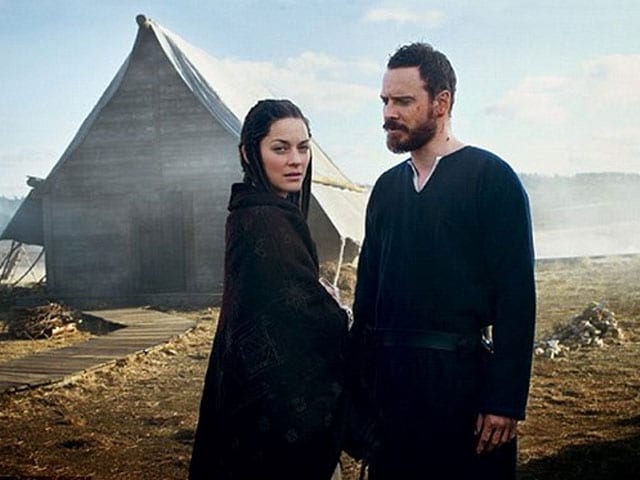 Paris: The Palme d'Or is the Cannes Film Festival's most prestigious award.

This year, 19 films are vying for the trophy. 11 are from Europe, more than half of them from France and Italy.

Three movies hail from North America and another three from Asia. The remaining two are by Mexican and Australian directors.

Here is the list of this year's contenders for the prize:

Sicario
Set on the Mexican border and starring Emily Blunt, Benicio Del Toro and Josh Brolin, this thriller is about a CIA operation to bring down a drug lord.

It was directed by Canada's Denis Villeneuve, who made the critically acclaimed Prisoners in 2013 starring Hugh Jackman - and who has been tapped to film a sequel to the sci-fi classic Blade Runner.

Carol
Two-time Oscar winner Cate Blanchett stars with Rooney Mara in this lesbian love story set in New York in the 1950s, adapted by US director Todd Haynes from a novel by Patricia Highsmith, who wrote The Talented Mr Ripley.

The Sea of Trees
Oscar winner Matthew McConaughey and Naomi Watts star in this movie about an American who meets a Japanese man in a mysterious suicide forest at the foot of Mount Fuji. USA director Gus Van Sant, who made Good Will Hunting and Milk, won the Palme d'Or in 2003 with Elephant.

Macbeth
Michael Fassbender and Marion Cotillard lead the cast in this new big-screen adaptation of Shakespeare's tragedy. The film was largely filmed in Britain by Australian director Justin Kurzel, who will soon start shooting a movie based on the hit computer game Assassin's Creed.

The Lobster
Colin Farrell and Rachel Weisz star in this bizarre sci-fi story by Greek director Yorgos Lanthimos about single people sequestered in a hotel and given 45 days to find a partner, or be transformed into animals.

Youth
Michael Caine, Rachel Weisz, Jane Fonda, Harvey Keitel and Paul Dano star in this tale about two old friends, a filmmaker and a retired music composer, who grapple with family issues and fading careers during a holiday in an Alpine hotel. It was made in English by Italian director Paolo Sorrentino, who won an Oscar last year for his story of Italian decay, The Great Beauty.

The Tale of Tales
Starring Salma Hayek and Vincent Cassel and directed by Italy's Matteo Garrone, this English-language, special effects-driven fantasy is inspired from a collection of 17th century Italian fairy tales.

Mon Roi
Vincent Cassel stars in a French story about a passionate but complicated couple. The film was directed by Maiwenn, who won Cannes' Jury Prize in 2011 for the cop drama Polisse, which The Hollywood Reporter compared to the vaunted US TV series The Wire.

Valley of Love
Gerard Depardieu and Isabelle Huppert play an estranged couple who lose their son to suicide but decide six months later to honour his written request to meet him in California's Death Valley.

Louder Than Bombs
Actors Jesse Eisenberg, Gabriel Byrne and Isabelle Huppert star in this English-language movie from Norway's Joachim Trier, about a family drama told from multiple points of view.

The Assassin
Fifteen years after Crouching Tiger, Hidden Dragon, Taiwan brings to Cannes a new period martial arts film by director Hou Hsiao-Hsien. A leader of Taiwan's New Wave cinema movement, his movies have been nominated six times for the Palme d'Or, but he has never won. However in 1993, he picked up the Cannes Jury Prize for In the Hands of a Puppet Master.

Mountains May Depart
Chinese director Jia Zhangke won Cannes' best screenplay award in 2013 for his A Touch of Sin. He's back with a three-part tale spanning several decades that begins with separated lovers in China and ends up in a future Australia.

Chronic
Tim Roth plays a male nurse who confronts his guilt as he helps terminally ill patients to die in this English-language movie by Mexico's Michel Franco.

Marguerite & Julien
France's Valerie Donzelli presents a story about incestuous love between a brother and sister, based on a real 17th century relationship that resulted in the execution of the siblings.

My Mother
Nanni Moretti is an Italian filmmaker loved by Cannes. In 2001, he won the Palme d'Or for The Son's Room. Now, he stars alongside John Turturro in this semi-autobiographical film, which is about a director suffering personal and professional crises.

Our Little Sister
A Japanese manga comic gets a cinematic adaptation in this movie from Hirokazu Koreeda, who won the Cannes Jury Award two years ago.

The story is about three sisters living in a house left by their grandmother who go to their father's funeral. There, they meet their orphaned stepsister and invite her to stay with them.

The Measure of a Man
This French movie by Stephane Brize is about a newly hired supermarket security guard who is asked to spy on his colleagues.

Promoted
Listen to the latest songs, only on JioSaavn.com
Dheepan
French director Jacques Audiard presents a drama about a Sri Lankan refugee struggling to start a new life in a tough Paris suburb.

Son of Saul
Hungarian director Laszlo Nemes brings his first feature film to Cannes. The story is a Holocaust drama about an Auschwitz prisoner who tries to save from incineration the corpse of a boy he believes to be his son.