Read inOther Languages
This Article is From Apr 10, 2020

"I had this beautiful man who had just become my husband and consented to getting married to this woman with this fatal disease," said Lisa Ray. 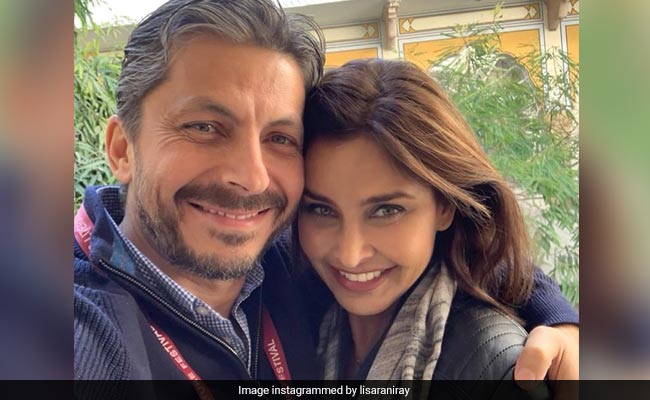 Cancer survivor Lisa Ray, who has never shied away from talking about her ordeal with the disease, opened her heart out in an interview with Kareena Kapoor on the talk show What Women Want season 2. Kareena introduced Lisa as someone "whose inner strength has been tested time and again." During the show, Lisa revealed that she did not tell her husband Jason Dehni about her relapse because she just wanted to "get through the shaadi." When the show's host Kareena asked her: "What has been your lowest low while battling the disease?" Lisa said, "To be honest, I relapsed once. This is something that I have not spoken about extensively. It happened just a month after getting married. That was a really difficult time. I was actually hiding that secret from my husband. I thought I just have to get through the shaadi and then I will figure out what to do. So, that was a real low, because the first time I was dealing with cancer, I was single."

Later in the interview, the model-turned-actress revealed how she broke out the news to her husband and added, "I had this beautiful man who had just become my husband and consented to getting married to this woman with this fatal disease, and the first piece of news that I had to share with him was, Baby, thanks for marrying me. By the way, I probably have to go back on treatment. That was very difficult but at the same time, I took that as a signal that there was some piece of the puzzle that was missing in terms of the healing journey. So right after that, I started incorporating a lot of nutrition and holistic healing. Ironically, within three months of changing my diet radically, I was in remission."

Lisa married Jason Dehni in 2012. In September 2018, the couple welcomed their twin daughters Sufi and Soleil. The actress has starred in films like Deepa Mehta's Water, Kasoor, Veerappan and Dobaara. She has also been a part of TV shows and web-series like Endgame, Top Chef Canada, Murdoch Mysteries, Blood Ties and Four More Shots Please!