Filmmaker Ram Gopal Varma announced that he will be making a biopic on martial arts legend and actor Bruce Lee. His announcement comes a day after Shekhar Kapur was roped in to co-write and direct Little Dragon, a film based on Bruce Lee's early days 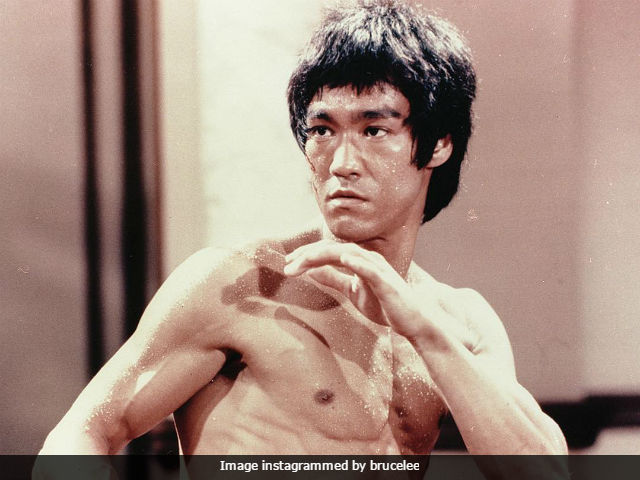 New Delhi: Filmmaker Ram Gopal Varma announced that he will be making a biopic on martial arts legend and actor Bruce Lee on Twitter. The 55-year-old director's announcement comes a day after Shekhar Kapur was roped in to co-write and direct Little Dragon, a film based on Bruce Lee's early days. In his tweet, Ram Gopal Varma said that he will be working on the biopic due of his 'obsessive fascination' for Bruce Lee and that he plans to release the biopic at the same time as Shekhar Kapur's Little Dragon. "Just because of my devotional worship of Bruce Lee I am going to make his biopic and release it same time as Shekar Kapur's authorised one," wrote Ram Gopal Varma.

I have nothing against Shekar kapoor who I admire immensely but it's just my obsessive fascination for Bruce Lee https://t.co/UQIO2cA5DH

Sharing a link of his article on Bruce Lee in a tweet, Ram Gopal Varma said that he feels he can do justice to the biopic as he 'tremendously' knows more about the martial arts legend than his daughter Shannon and wife Linda Lee.

Inspite of closeness of family and brilliance of @shekharkapur i believe only I can do justice to do his biopic https://t.co/UQIO2cA5DH

Meanwhile, Little Dragon, a film backed by Chinese investors, will explore the formative years of Bruce Lee in 1950s Hong Kong, reports Hollywood Reporter. The film will be co-scripted and produced by Lee's daughter Shannon Lee, who runs Bruce Lee Entertainment. The company is dedicated to promote and protect Lee's legacy and ideas.

Promoted
Listen to the latest songs, only on JioSaavn.com
"The film will be a contemporary take on Bruce Lee who, aside from being considered the most gifted and famous martial artist of all time, is now accepted as a major philosopher in his own right. It is important that audiences today can relate their own lives to the journey of Bruce Lee, who manages to tap into his inner wisdom and harness his true destiny before it's too late," Hollywood Reporter quoted Shekhar Kapur as saying.

Meanwhile, Ram Gopal Varma's Sarkar 3, starring Amitabh Bachchan, is scheduled to release in theatres on May 12.