"I'd like to see a management team tell Jennifer Lopez to go through what I went through," wrote Britney Spears 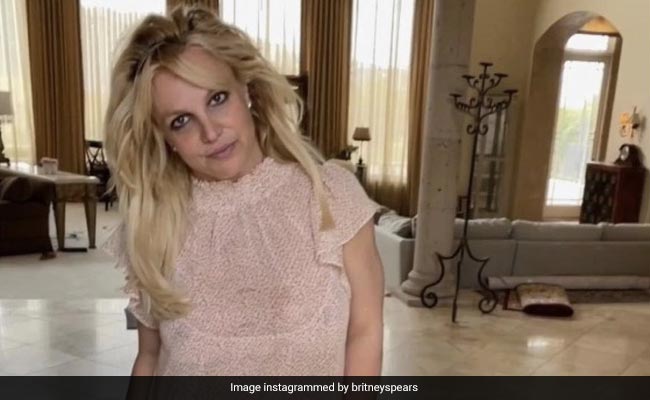 Pop star Britney Spears, who has been extremely vocal about her struggles after the end of her conservatorship, in her latest Instagram entry, chronicled how she struggled for years. She also name-checked Jennifer Lopez in her post and added how the star would never be treated the way Britney was treated by her management. "After 14 years of telling me no to what I wanted... it's ruined for me... but that wasn't the worst part... the worst part was my family locking me up in that place for 4 months ... Jesus f****** Christ ... I'd like to see somebody tell Jennifer Lopez to sit down 8 hours a day 7 days a week ...no car, own security of 5 years telling me at my own door I can't walk outside for 4 months... no door for privacy... and watched me change naked and shower... and no a******* not 6 gallons of blood ... 6 vials of blood the small tubes but come on every f****** week took me abruptly off me medication I was normally on and drugged me on lithium," she wrote.

A Los Angeles judge in November 2021 dissolved the conservatorship long overseen by the singer's father. Addressing her conservatorship, Britney Spears added in her post: "I'd like to see a management team tell Jennifer Lopez to go through what I went through ... what the f*** do you think she would do ... her family would NEVER allow that. Psss ... you say do what you want to do now ... Really 14 years later after being humiliated ... it's way too late for that ... again I'd rather stay home and shit in my f***** pool than join the entertainment business ... the truth is a f***** bitch. I'm not going to play the victim HIT ME BABY ONE MORE TIME 2'2222? ... I'm sure you advanced musicians think it's horrible of bad but when I'm bad I am better."

In a separate Instagram post, Britney Spears, recalled how her ex-boyfriend Justin Timberlake was given a bigger slot during shows. "The four years I did Vegas every 6 weeks I had off... I asked to be connected to producers that would create a cool sound... I was told no... I went to f****** Disney tribute award show put up four amazing vocalists doing exactly what I wanted to do for 14 years... short remixes of my 5 best songs for 5 minutes... I think Justin Timberlake has had the longest performance at the VMAS 7 minutes, maybe more. My children watched it and said 'Mamma why did they do that?' They ruined it for me, embarrassed me, and made me feel like absolutely nothing," read an excerpt from her post.

Britney Spears met Sam Asghari in 2016 when they co-starred in a music video for her single Slumber Party. After announcing their engagement late last year, the couple got married in June this year. Britney had also announced her pregnancy earlier this year, which ended in a miscarriage.