Breathe: Into The Shadows - Abhishek Bachchan, A Concerned Father, Can Save A Life And Even Take One

Breathe: Into The Shadows, which is the second season of Prime Video's original 2018 series Breathe, marks Abhishek's web debut 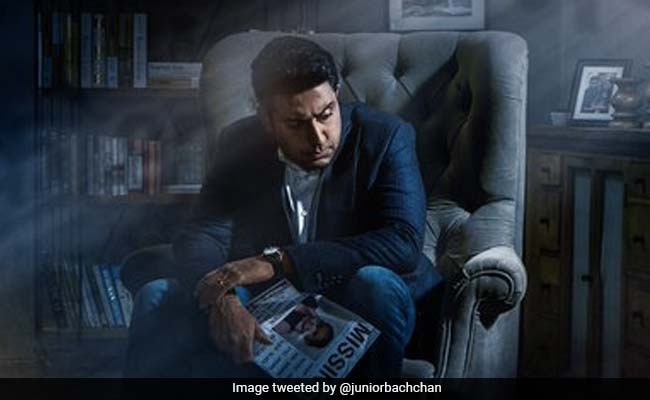 Almost a week after revealing the first look of his upcoming web-series Breathe: Into The Shadows, Abhishek Bachchan dropped the first look of himself from the psychological-thriller series on Thursday. Breathe: Into The Shadows, which is the second season of Prime Video's original 2018 series Breathe, marks Abhishek's web debut. In the new poster, Abhishek gave us a glimpse of his role as a father who is ready to take on the world for his missing daughter - Siya. In the new look, the actor can be seen sitting on a sofa in a dark room, holding a missing flyer of his daughter. He looks intense and lost in his own thoughts. The text on the poster reads: "A father's love can save a life...or take one." Sharing the poster, Abhishek Bachchan captioned his first look as: "Come back, Siya."

Last week, the actor unveiled the first look of Breathe: Into The Shadows. He wrote: "She lies into the shadows, waiting to be found" while sharing the poster in which a little girl can be seen lying on the floor and surrounded by pieces of a broken mask. The girl plays the role of Abhishek Bachchan's daughter in the series. Take a look:

She lies into the shadows, waiting to be found. Here is the First Look of #BreatheIntoTheShadows. New Series, July 10 on @primevideoin@BreatheAmazon@MenenNithya@TheAmitSadh@SaiyamiKher@mayankvsharma@vikramix@Abundantia_Entpic.twitter.com/9KLI4RfVRr

Abhishek Bachchan joined the team of Breathe: Into The Shadows in 2018. Apart from the actor, the series will also feature Nithya Menen, Saiyami Kher and Amit Sadh. Mr Sadh will reprise his role as Inspector Kabir Sawant from the first season, which starred R Madhavan in the lead role.

Earlier talking about his web debut, Abhishek told news agency PTI: "In Breathe, one of the things that attracted me the most to the story was the details and nuances that were built into the character I play. This is possible in the streaming medium since the time to engage with the audience is nearly four times that of a conventional feature film," he told PTI.

Breathe: Into The Shadows, directed by Mayank Sharma, who also helmed the first part, will stream on Prime Video from July 10.

Abhishek BachchanBreathe: Into The Shadows<