BRB, Busy Figuring Out What Aishwarya Rai Bachchan, Preity Zinta And Aamir Khan Were Doing In This Pic

"My first world tour and it was everything I imagined and a whole lot more," wrote Preity while sharing the photo 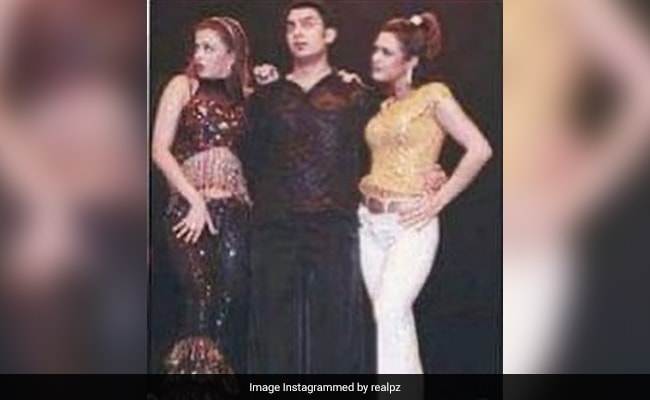 Preity Zinta, on Friday, zeroed in on a really old photograph of herself, Aishwarya Rai Bachchan and Aamir Khan to update her Instagram album. The photo appears to be from 2001, when Preity, Aishwarya, Aamir Khan and other stars went on a world tour. Sharing the "funny throwback photo," Preity Zinta wrote that she "wish she could explain" what all of them were doing when the picture was clicked and asked her fans to give it a suitable caption. "This is such a funny throwback photo. My first world tour and it was everything I imagined and a whole lot more. I wish I could explain what we are doing here but maybe - You guys can express it better by giving it a caption. Let's see how creative can you get. #Throwbackthursday #worldtour," she wrote in the caption.

How do we know all this? Back in 2017, Mini Mathur shared a throwback photo of herself, Aishwarya Rai Bachchan and Preity Zinta from the world tour and wrote: "A throwback from the world tour I had hosted... 16 sold out shows in a month with Aamir Khan, Aishwarya, Preity and Anil kapoor just after Lagaan and Dil Chahta Hai had released. Most awesome adrenaline rush," she had captioned the photo.