"Braun Strowman, the monster and me get into a flexing contest. Great guy, had a lot of fun meeting him," Varun Dhawan Instagrammed 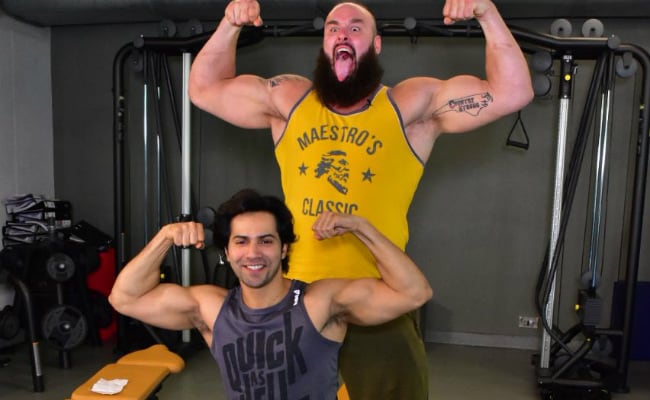 Varun Dhawan and the 'monster'!

Varun Dhawan, who is a self-admitted fan and follower of wrestling, recently met WWE superstar Braun Strowman, who is often referred to as the 'Monster Among Men' for his unbeatable skills in the ring. An excited Varun, had to had to share a glimpse of his meeting with Strowman and that's exactly what he did on his social media accounts. Sharing a photo with Braun Strowman on Instagram, he wrote: "The monster and me get into a flexing contest. Great guy, had a lot of fun meeting him. Thank you WWE for setting it up." Strowman is currently in Mumbai as part of his promotional tour for WWE, which reportedly has a three-day schedule. Varun also shared an Instagram story from inside an elevator and said: "Just hanging out with the 'monster', big guy!"

@braunstrowman the monster and me get into a flexing contest. Great guy had a lot of fun meeting him thank u @wwe for setting it up

Here are more photo of 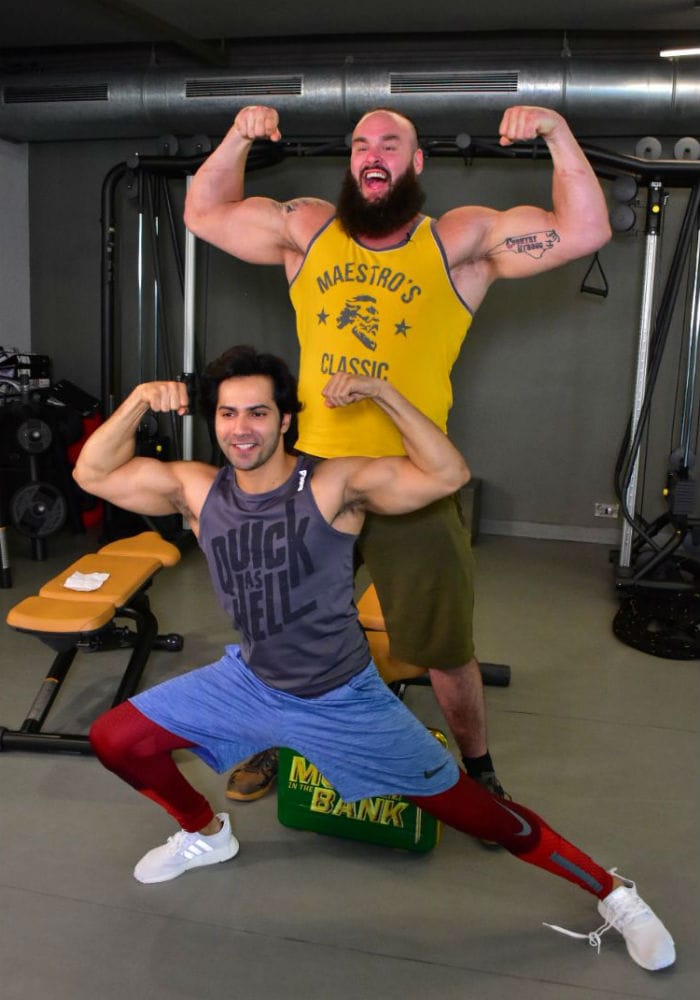 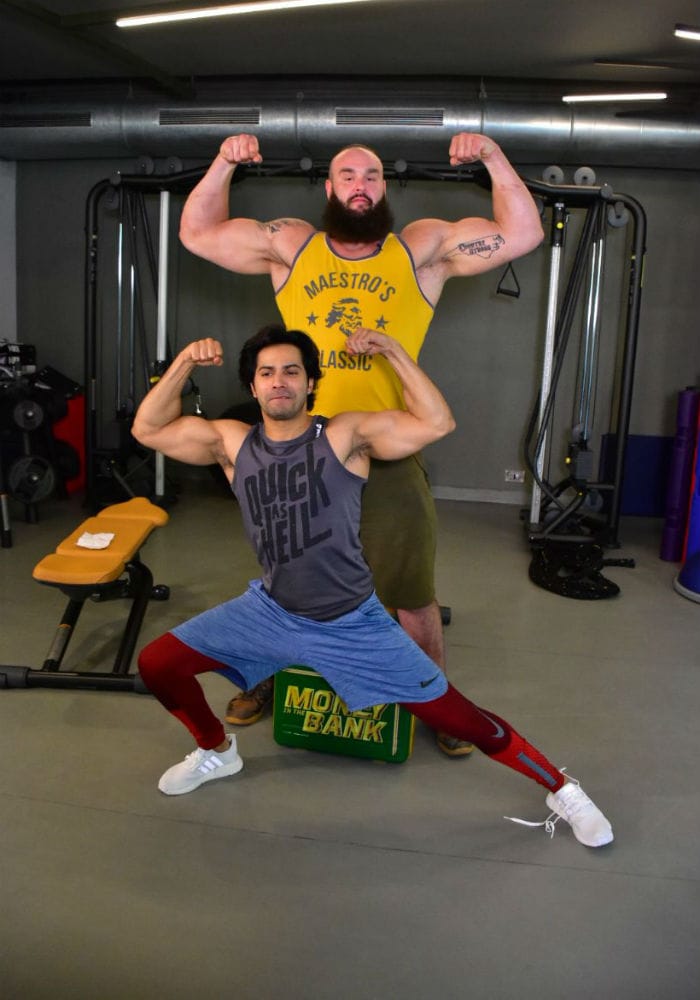 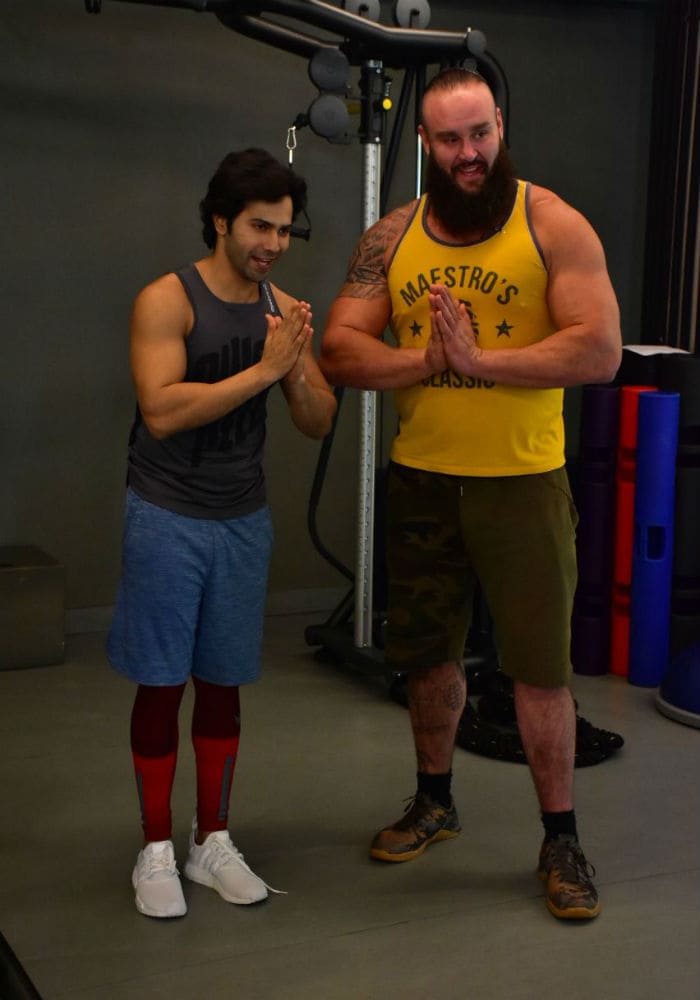 If you remember, Varun Dhawan had several fan-boy moments last year when he met WWE stars like Jinder Mahal, Triple H and Sasha Banks in India. The professional wrestlers were in New Delhi for a brief while as part of a promotional tour when Varun sliced out time to drop by the National Capital and meet the stars backstage.

With the Very humble and down to earth @JinderMahal@WWEIndia. Excited about the show pic.twitter.com/v2WEAFVjZs

Great to see @Varun_dvn in @WWEIndia ... hope you enjoyed your first time in a @WWE ring! pic.twitter.com/N4O9Y4R71Y

With the very beautiful and hard as nails @SashaBanksWWE. Thanks for making sure there weren't any shadows pic.twitter.com/QckXdudxBK

On the work front, Varun Dhawan was last seen in this year's October. His line-up of films include movies like Sui Dhaaga, in which he co-stars with Anushka Sharma and also the multi-starrer Kalank, which also casts Sanjay Dutt, Madhuri Dixit, Alia Bhatt, Aditya Roy Kapur and Sonakshi Sinha. Varun Dhawan has also recently featured in the song High Rated Gabru, which is a promotional track for the film Nawabzaade.