Brad Pitt is Not Being Probed For Alleged Child Abuse, Says Police 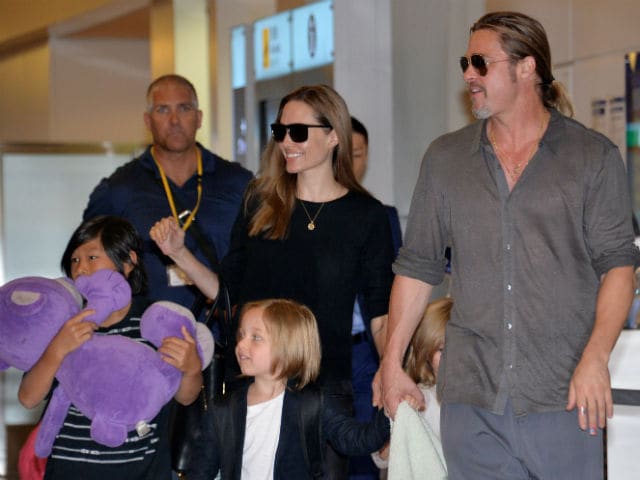 Los Angeles: The Los Angeles Police Department denied reports that Brad Pitt was under investigation for child abuse and said authorities had received no such allegations against the actor on Thursday.

"We have no report in our record for any filings for Brad Pitt, we are not having any investigations regarding Brad Pitt," police spokesman Lorenzo Quezada told AFP.

The LA County Department of Children and Family Services also denied that it had confirmed to any media outlets the allegations against Brad.

"Contrary to what's been published in several places, this office has not told anyone or confirmed that we are involved with any specific client as reported elsewhere," spokesman Neil Zanville said.

He said his office was legally prohibited from discussing any ongoing investigations regarding any clients, celebrity or otherwise.

Several media outlets on Tuesday reported that Brad had been verbally and physically abusive to at least one of his six children during an angry outburst that contributed to Angelina Jolie seeking a divorce.

According to the celebrity website TMZ , Los Angeles police began probing Brad based on an anonymous tip received by the Department of Children and Family Services, as is systematic following any report of child abuse.

The source reportedly told authorities that Brad began screaming and "getting physical" with his children on a private jet, possibly under the influence, and then continued ranting after the plane landed.

The report came days after Angelina, 41, filed for divorce from Brad, 52, citing irreconcilable differences and seeking custody of their kids with visitation rights to Brad.

"This decision was made for the health of the family. She will not be commenting, and asks that the family be given its privacy at this time," said Angelina's attorney Robert Offer in a statement carried by Reuters.

Meanwhile, Brad gave an interview to People magazine and said: "I am very saddened by this but what matters most now is the well-being of our kids. I kindly ask the press to give them the space they deserve during this challenging time."

Promoted
Listen to the latest songs, only on JioSaavn.com
The split between two of the world's biggest stars spells the end of Brangelina, one of Hollywood's highest-profile celebrity couples."

The A-listers married in France in August two years ago, but have been a couple since 2004.