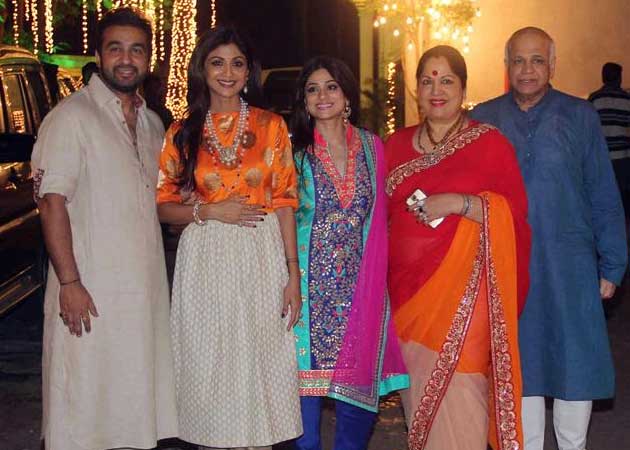 Raj Kundra, Shilpa, Shamita, Sunanda and Surendra Shetty pose for a family photo during the Diwali bash hosted by the Kundras

The festival of lights is at our doorsteps and Bollywood is ready to let its hair down and light it up in style. Actresses Raveena Tandon and Shilpa Shetty have started early celebrations for Diwali by inviting close friends and colleagues from the industry.

But it looks to get bigger and better as B-Town biggies, Amitabh Bachchan, Aamir Khan, Hrithik Roshan and Ekta Kapoor are all set to host grand parties. hitlist takes a look at what these parties have to offer and who's invited.


Raveena Tandon hosted a quiet, private Diwali celebration at home on Saturday. The actress decked up her house with flowers and earthen lamps. 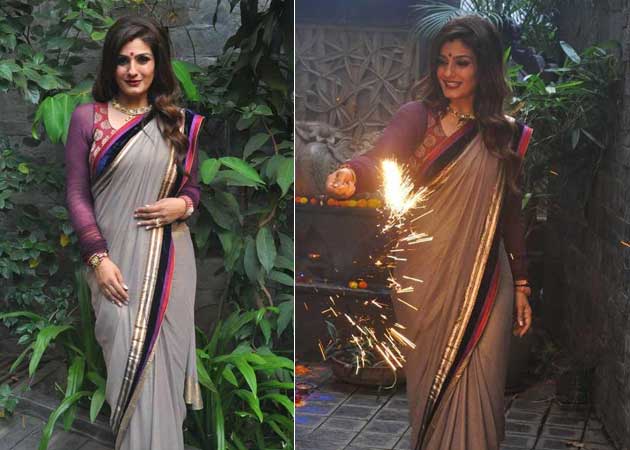 Anil Kapoor and wife, Sunita, too, had a few people over at their house, including industry friends, Anu and Shashi Ranjan, and Archana Puran Singh with hubby Parmeet Sethi. 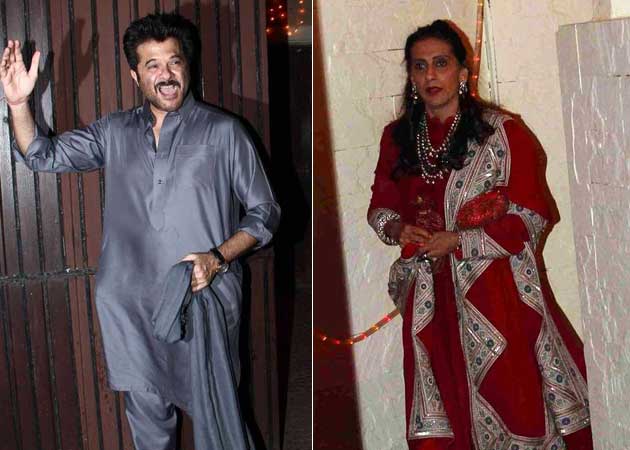 On the very next day, festivities at Raj Kundra and Shilpa Shetty saw the attendance of quite a few film stars and directors. Many of Shilpa's friends Anil Kapoor, Sonali Bendre, Anu Dewan, Harman Baweja, Jeetendra and David Dhawan among others were part of this get-together.

A source says, "The party started at around 10 pm and went on till 6am. Shilpa played a gracious host and arranged quick spa sessions for them. There was a counter for foot and back massages. On the platter was a lavish spread of Mughlai dishes and everyone played poker. Some of the guests had brought gifts for Shilpa and Raj and she will be getting the return gifts, some personalised stuff, delivered to their respective houses on the day of Diwali."

Of all the Bollywood parties that create a lot of buzz include the ones hosted by Amitabh Bachchan at his Juhu bungalow, Jalsa. The guest list includes the who's who of the industry.

This year too many of the Bachchan's friends including Shah Rukh Khan, Anil Ambani, Anupam and Kirron Kher, Rishi Kapoor, Javed Akhtar and Shabana Azmi, Anurag Kashyap and a few other A-listers are likely to be part of his Diwali bash on October 24, on the day of Lakshmi puja.

Senior members of the party mostly like to play traditional card games while the younger lot sticks to video games. The Bachchans are known to stick to Indian cuisine. Hrithik Roshan has also planned a party at his place on the same day.

Aamir Khan likes to keep his Diwali get-together limited to his small circle of friends. "He is hosting a party on and his guest list includes Salman Khan, Rajkumar Hirani, Vidhu Vinod Chopra, Ritesh Sidhwani and some of his co-stars like Anushka Sharma, Nawazuddin Siddiqui and Jackie Shroff.

Promoted
Listen to the latest songs, only on JioSaavn.com
His children, Aira and Junaid will be present at his place. So will nephew, Imran Khan and his wife, Avantika," says a source. The actor likes to order in food from a particular restaurant chain which is known to serve Mughlai food and biryani.

Another bash which Ekta Kapoor is planning would be held tonight, coinciding with Dhanteras. It is expected to see a mixed bag of celebrities from Bollywood and television world. "It will be one of her regular star parties - guests coming over in designer clothes, buffet in the driveway and so on. While most TV actors are expected, the younger lot from Bollywood like Varun Dhawan and Shraddha Kapoor are also likely to join in the revelry that will start at 9.30pm and go on till the wee hours, an industry source says.