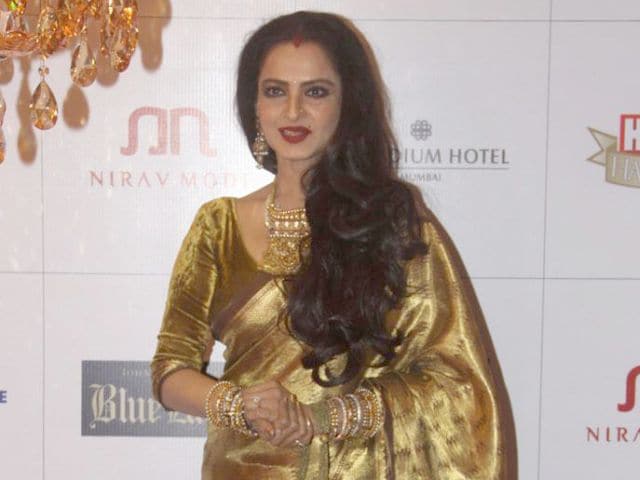 Mumbai: Bollywood celebrities wished evergreen actress Rekha on her 61st birthday. While some called her 'ageless', others said they found her 'inspiring.'

Here is what the stars tweeted:

Rekha Rani badi siyani! Wish you a very Happy Birthday. God Bless you with loads of happiness! Much much love- US pic.twitter.com/G6dOO6CPyK

Happy Birthday to the evergreen & inspiring Rekha ji. Wishing you best of the best pic.twitter.com/r97X4tuCTu