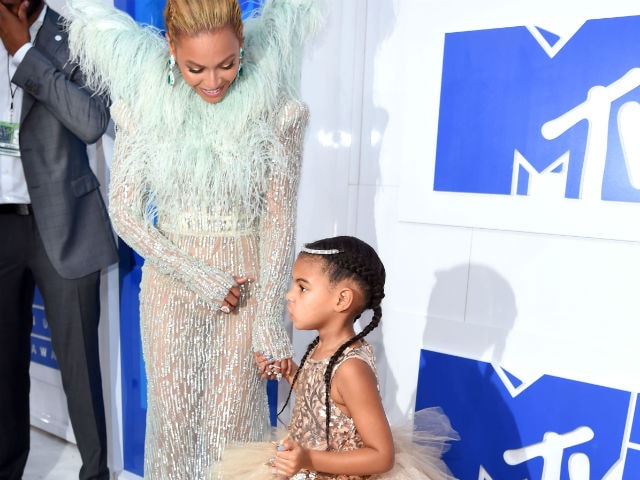 New Delhi: Blue Ivy Carter, the four-year-old daughter of superstars Beyonce and Jay-Z, made a brief but super-glam red carpet debut at the MTV Video Music Awards on Sunday. Mother and daughter were gowned in fairy-like dresses by designers Francesco Scognamiglio and Mischka Aoki respectively and floated down the red carpet - which was actually white - looking like angels on a pathway of clouds. 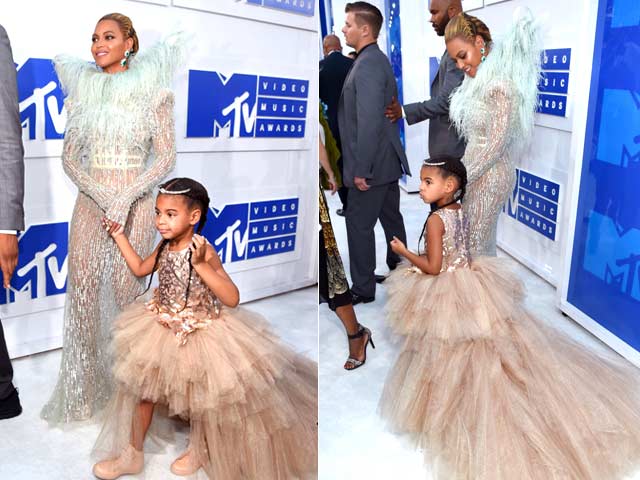 This top shot was posted by Beyonce, 34, on Instagram:

She also posted this close up of Blue Ivy's dress:

This was Blue Ivy's second appearance at the VMAs. Two years ago, she appeared onstage with dad to present her mom with the Video Vanguard Award. It was a special moment for the Carters, who had just weathered a storm of divorce rumours.

Promoted
Listen to the latest songs, only on JioSaavn.com
Now, two years later, Blue Ivy accompanied Beyonce on the red carpet for the first time. However, it was short-lived. The bank of popping flashbulbs, brandished by yelling paparazzi, alarmed the four-year-old who was then swiftly escorted away by mom. Beyonce later returned to complete her red carpet stroll solo.

Beyonce, who performed a medley of songs from her album Lemonade, was the biggest winner at the MTV VMAs with eight trophies.