Blog: 5 Reasons Why You Should Skip The Movie 'PM Narendra Modi'

PM Narendra Modi, starring Vivek Oberoi, is a frivolous attempt at cashing in on the Prime Minister's popularity.

The much-hyped Vivek Oberoi starrer PM Narendra Modi directed by Omung Kumar released this week. The film that ran into various controversies managed to release a day after BJP won the Lok Sabha elections with a landslide mandate. It's a frivolous attempt at cashing in on the Prime Minister's popularity. Here are five reasons why you should totally skip this one.

1) No Research: Seems like the script had just some important pointers of incidents that needed to be covered. The Bhuj earthquake and Akshardham temple attacks are two big incidents and then there is a scene of the Godhra riots where he gets no help from the security forces and the neighboring states. All these scenes look out of place and forced because they just come up randomly as separate short films within a film. There are passing scenes of his family life and his RSS days. Instead, the film shows bizarre scenes of him walking through snowcapped mountains and struggling to stand in deep snow. There is definitely more material on Mr Modi's Wikipedia page. 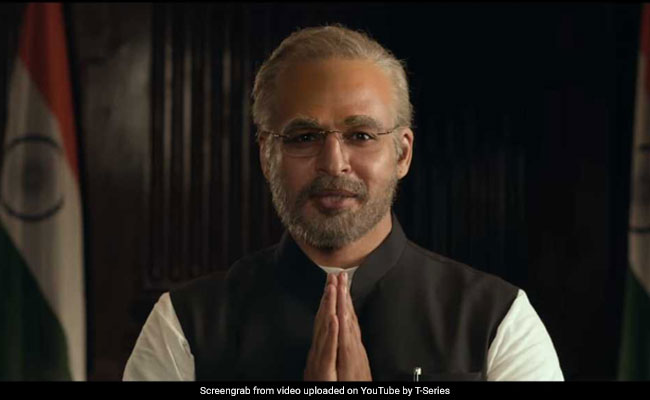 2) Badly Made Film: There are many books and hundreds of articles written on Narendra Modi. By now the aam aadmi knows all about his life and career. Still, the makers decided to change the timelines and the chain of events for no good reason. The film jumps from one event of Mr Modi's life to the other and lacks flow. The scenes of the Bhuj earthquake look like they were shot on a tiny film set due to budget constraints.

3) Vivek Oberoi: He is definitely one of the biggest reasons why this film falls flat. We see Narendra Modi on news television through the year, clearly he has a strong personality and Oberoi just cannot pull that off. The lead man doesn't get Modi's mannerisms, style or confidence. The least he could have done is get a Chhappan Inch Ki Chhati for this role. There is a lot more to Modi than his white beard.

4) Propaganda Film: The timing, the kind of publicity and the content make it look like nothing but a propaganda film. Of course, a film made on Narendra Modi will be backed by BJP leaders. That's the reason we saw leaders like Devendra Fadnavis and Nitin Gadkari launch different posters and trailers. Seems like every time a BJP leader agreed to be a part of a press event to back this film, new posters and trailers were made for photo ops. On May 23, the day of the Lok Sabha results, the publicity team sent out posters which said Aa Raha Hai Dobara PM Narendra Modi - Ab Koi Rok Nahi Sakta. The marketing team was doing its job and also making their agenda clear.

5) Fictional Scenes To Make The Opposition Look Bad: To make Modi look good one doesn't have to just make the opposition look bad. If he has enough body of work to have a biopic then that should be enough material to make him look like a hero. There are a few scenes of the former Prime Minister Indira Gandhi which just show how she is threatened by young Narendra Modi. So much so that she declares an emergency in the country just for that and puts him behind bars. Google could have provided the makers with more information on the 21-month emergency which started in 1975. There are a couple of scenes which show Manmohan Singh who just doesn't talk even when he is asked a question in meetings; he just sits mute and looks at his staff member who answers for him. There are scenes of an actor imitating Rahul Gandhi and quite a few mentions of Pandit Nehru who is blamed for the partition, the Kashmir problem and for the Indo-China war.