"Pari you travel the world and I travel with you in your heart," wrote Arjun Kapoor 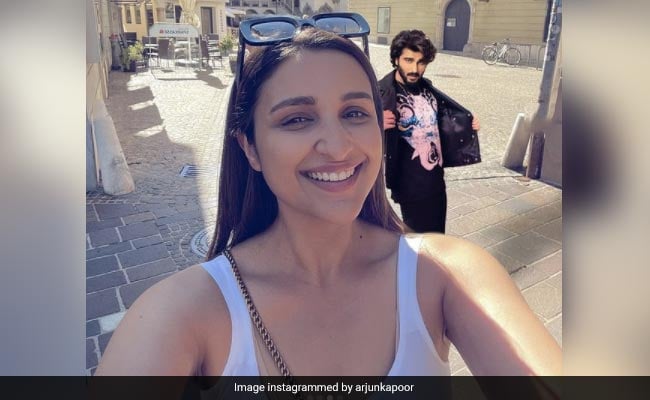 Arjun Kapoor and Parineeti Chopra are the kind of friends who never miss the opportunity to troll each other on social media (all in good humour of course). Parineeti Chopra, who celebrates her 33rd birthday today, received a super cute greeting from Arjun Kapoor, with whom she has worked in films like in Ishaqzaade, Namaste England and Sandeep Aur Pinky Faraar. Parineeti Chopra loves to travel and it is quite evident on her Instagram profile. This year, the actress travelled to Turkey, London, Austria, Maldives and is now in Nepal. So Arjun Kapoor Photoshopped himself in all her travel pictures and he captioned it: "Pari you travel the world and I travel with you in your heart. Happy birthday to the World Tourism Ambassador! You deserve the title."

Mouni Roy Is A Ray Of Sunshine In Her New Post