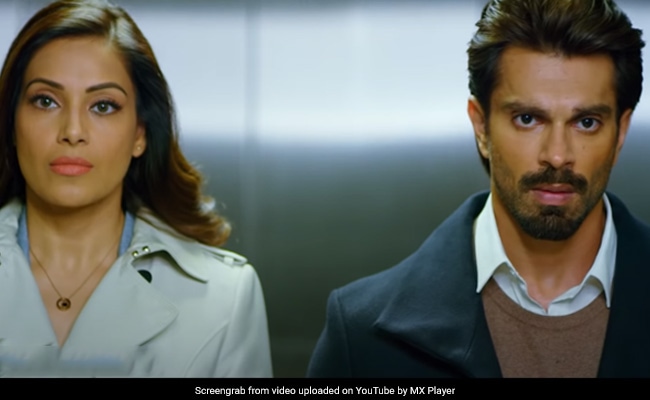 Bipasha Basu and Karan Singh Grover have teamed up for a thriller titled Dangerous, which is co-produced by Vikram Bhatt and Mika Singh. The show marks Bipasha's digital debut while Karan Singh Grover featured in AltBalaji's BOSS: Baap of Special Services last year. Dangerous appears to be a cliched story about a millionaire's wife being abducted for ransom and the investigation exposing their rocky relationship leading the husband to become the top suspect. In Dangerous, Karan Singh Grover plays the millionaire husband while Bipasha is the officer in charge of solving the abduction of his wife played by Natasha Suri. It also appears that Bipasha and Karan Singh Grover's onscreen characters shared a romantic relationship in the past and they are reunited in the grim circumstances.

Watch the trailer of Dangerous, which will stream on MX Player here:

Bipasha Basu and Karan Singh Grover first co-starred in Bhushan Patel's 2015 film Alone, which was also Karan's big screen debut. Karan and Bipasha fell in love during the filming and got married a year later.

Dangerous is Bipasha Basu's first project after Alone while Karan Singh Grover made movies like Hate Story 3 and 3 Dev. Karan Singh Grover, who became a television star after his breakthrough role in Dill Mill Gayye, briefly played the role of Rishabh Bajaj in the remake on Kasautii Zindagi Kay. He left the show recently and actor Karan Patel took over from him.