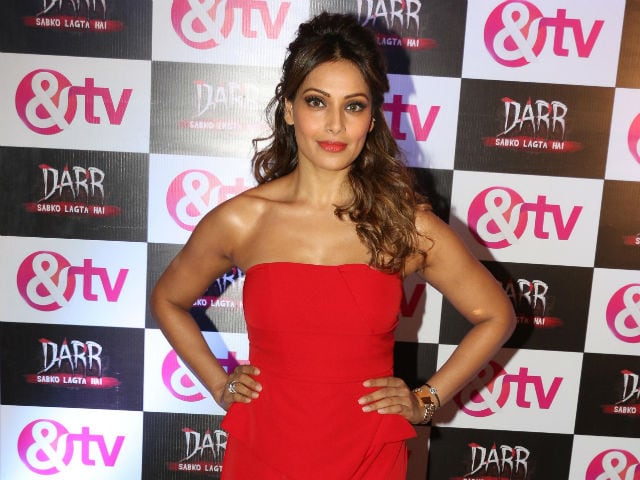 Bipasha Basu photographed at the launch of her horror show.

Mumbai: Actress Bipasha Basu, who has featured in horror films like Raaz and Alone, said that the genre needs encouragement.

"I don't like to follow the norm - the typical way of doing things. I've never done it and I like to be a little unpredictable. But the only predictability in my case has been that I am still supporting and encouraging a genre (horror) which has still not got its due respect," said Bipasha.

Regarding her upcoming horror television show Darr Sabko Lagta Hai, Bipasha said: "It's a genre which is still experimental but very exciting so I am supporting what I am good at.

Bipasha said that she did not want to do predictable dance and music reality shows.

"I didn't want to do the predictable dance and music reality judging show which is also a lot of fun to see. And I think this (horror) is right up my alley. It's my home turf - horror. It's a genre which needs encouragement," she added.

Bipasha's part in the show has been directed by Go Goa Gone directors Raj Nidimoru and Krishna DK.(Also Read: Bipasha Basu to Make TV Debut in, no Surprises, Horror Show)

Regarding the show, she said: "It's got a very modern and contemporary take on horror. It's not something that you've seen - the style of shooting, the directors who have been roped in to make these short films. Everything is very new-age."

Regarding her shift from films to television, she said: "TV is a very big medium for every actor. From Shah Rukh Khan to Amitabh Bachchan to Salman Khan everybody is on television. So why should the actresses lag behind?"

"It's been five years since I've been planning to do something on television. The way in which Indian television is expanding and the kind of content we're showing, we're actually moving away from the typical Indian television. So for me it was very exciting," added Bipasha.