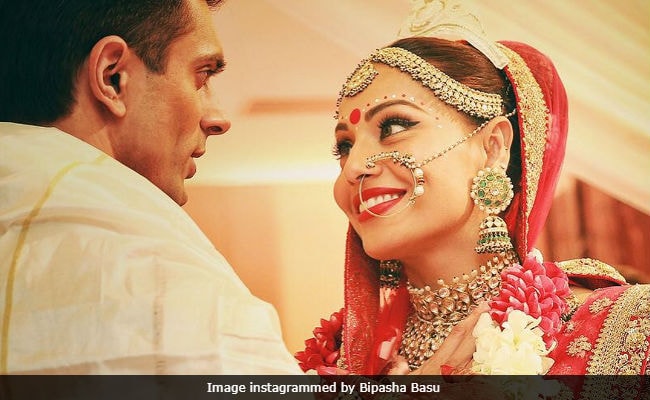 New Delhi: Bipasha Basu and Karan Singh Grover shared romantic messages for each other on Instagram to mark their second wedding anniversary. Karan shared a photo from their wedding day and said: "Thank you so much for marrying me my love and showing me what it feels like to live a life filled with only best days." Bipasha also shared photos from the same day and wrote: "Feels like yesterday but it's been two beautiful years already. Finding you Karan Singh Grover made me understand what true love is." But it was her promise to fans which made us go ROFL. "I promise... next year, I won't start celebrating from April 28 and confusing all." Two days ago, Bipasha wished Karan on their "official wedding anniversary" and for the benefit of her confused Instafam she added: "Our actual wedding happened on April 30, 2016, we did our legal signing on April 28."

30th April 2016 - Our Wedding Day Feels like yesterday but it's been two beautiful years already Finding you @iamksgofficial made me understand ,what true love is... Thank you my love Happy #monkeyversary I love you I promise... next year, I won't start celebrating from the 28th April and confusing all

For the longest time I thought the day I met you was the best day of my life...but then we got married and that became the best day of my life. As time went by, every morning I woke up next to you (which is every morning) started becoming the best days of my life...I guess what I'm trying to say is that I've been struck with this realisation that waking up next to you is the most beautiful magical dream that I'll never wake up from...which means that everyday day of my life is going to be my life's best day for eternity and it's all because of you! Damn! Thank you so much for marrying me my love and showing me what it feels like to live a life filled with only best days! Wish you a very very very happy 2nd anniversary my love @bipashabasu #monkeylove #grateful #monkeyversary

Promoted
Listen to the latest songs, only on JioSaavn.com
Here's Bipasha's post from their "official wedding anniversary":

Happy official wedding anniversary @iamksgofficial Another year has whizzed past ... i thank god each day for you... and for our love ,for each other #monkeylove is the sweetest kinda love #monveyversary - we celebrate over 3 days ! Though our actual wedding happened on the 30 th of April 2016, we did our legal signing on the 28 th of April.

For their second anniversary celebration, Bipasha Basu and Karan Singh Grover have left for a holiday in an undisclosed location. The couple was spotted at the Mumbai airport on Sunday afternoon - looking super-duper happy and excited. Bipasha Basu paired an olive green jumpsuit with a camouflage jacket while Karan Singh Grover opted for a monochrome look. 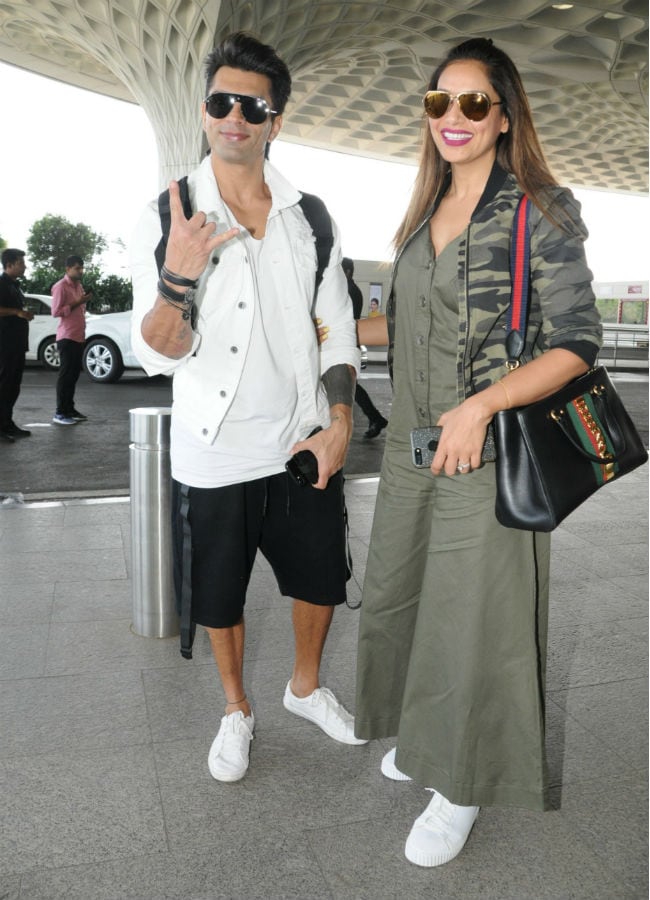 Bipasha Basu and Karan Singh Grover met in the sets of 2014 film Alone (also Karan's Bollywood debut) and fell in love. They dated for a year before getting married. Karan is best known for his roles in television shows such as Qubool Hai, Dill Mill Gaye and Kasautii Zindagii Kay.