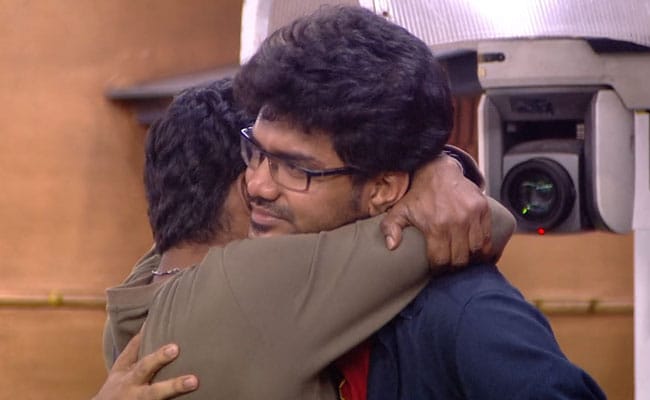 The 94th day in the Bigg Boss Tamil 3 house had ended without revealing the fate of Kavin. On the 95th day, Kavin decided to walk out of the Bigg Boss house with Rs 5 lakh. Sandy and Losliya burst into tears when they heard about Kavin's decision. All the co-contestants tried to convince Kavin but Kavin was strong on his decision and he eventually quit the show. Further he revealed to Sandy that the idea of quitting the game was in his mind for the past few weeks and only for the sake of his family and friends he had continued so far. It should be noted that Kavin had so far faced nine eviction rounds and each time, the public voted in Kavin's favour and made him stay on in Bigg Boss Tamil 3.

Losliya was in tears and pleaded to Kavin to reconsider his decision. Further she added that she too would quit the show if Kavin leaves. But Kavin gave Losliya a photo of her family and asked her to continue in the house for the sake of her family. Following the exit of Kavin, Losliya was seen crying near the exit door. Sandy and Kavin set major friendship goals in the Bigg Boss Tamil 3 house. Sandy too couldn't control his emotion following Kavin's exit. Other housemates tried to console Sandy and Losliya.

A Car Task was conducted in the house, in which Mugen and Tharsan enacted the role of salespersons. The other housemates, namely Sherin, Losliya and Sandy, would act as the customers. Still being haunted by the thoughts of Kavin's exit, Losliya pleaded with Bigg Boss to let her out. Bigg Boss called Losliya to the confession house and asked her to continue the show for her parents, the people who have so far supported her. He stressed on the point that a contestant can be eliminated only by public voting.