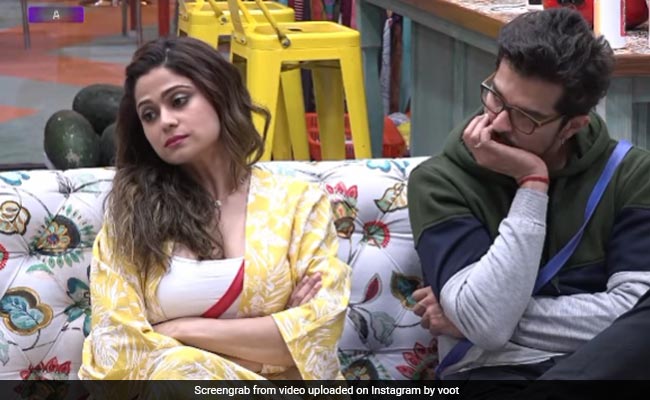 Bigg Boss OTT contestant and actress Shamita Shetty finally came out with her candid views about co-contestant and former connection Raqesh Bapat. The reality show is taking a new turn as we see a breach in the bond between Shamita and Raqesh. In a recent episode, we saw Shamita opening up to Neha Bhasin about Raqesh's friendship with Divya Agarwal. Shamita said, “He definitely has a soft corner for Divya.” She then added, “Agar connection nahi hota, to shayad woh Divya ke paas jata (Had there been no connection between us on the show, he would have perhaps gone to Divya).”

Shamita Shetty continued, “Yeh ek hafte mein jo maine dekha hai, I've not been very nice (I haven't felt very nice about what all I've seen in the past week).”

She also complained about Raqesh's behaviour and said, “This makes me feel like main uske peechhe jaa rahi hoon aur usko koi interest nahi hai (This makes me feel that I'm chasing after him and he isn't interested at all). I didn't feel good.”

Later, we see Neha Bhasin in a conversation with Raqesh Bapat. He said, “Main wapis yaha aake main bandhna nahi chahta tha kisi bhi rishte mein ya kisi bhi expectation mein (After coming here, I didn't want to get into to any relationship or didn't want anyone to have expectations from me).”

He also clarified that relationships were natural and he didn't mind them, but he couldn't stand expectations. Raqesh said, “Expectations ke against tha main (I was against expectations). Understand where I am coming from.”

Raqesh Bapat also said that he and Shamita were two “broken” souls and told Neha that he had foreseen the “firecrackers”.

Bigg Boss OTT is a spin-off from the TV reality show Bigg Boss. It is being hosted by film-maker Karan Johar.