Bigg Boss OTT: In the final week, all contestants were given a task to destroy one memory before leaving the house 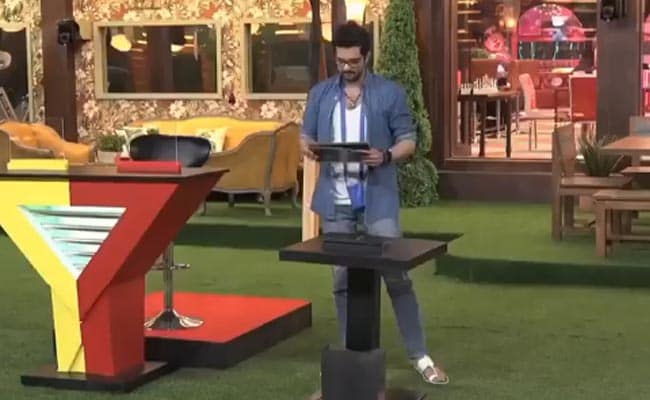 In the final week of Bigg Boss OTT, Raqesh Bapat chose to keep Shamita Shetty's memories with him and dumped the ones created with Divya Agarwal. The participants were shown a few clips featuring themselves and two other contestants with whom they have spent most of the time in the house. Well, it may sound adorable, but there is a catch. They can only keep one of the two memories. Tricky, isn't it? It doesn't end here. Then, the contestants were given two photos representing the memories. After making a choice, they had to put the other photo in a shredder machine and destroy it before leaving the house. Raqesh was given a choice between Shamita and Divya. Raqesh told Shamita, "Shamita, you're always with me." To Divya, Raqesh said, "Sorry, Divya. I left you alone on this journey. You are my true friend. I am ending this to start a new chapter." And, Raqesh destroyed Divya's photo.

Next in line was Shamita Shetty, who was shown some of her bitter memories in the house. Her first option was her strained relationship with Divya Agarwal. Shamita's second option was her misunderstandings with Raqesh Bapat in previous episodes. Shamita chose to put Raqesh's photo in the shredder. She said, "Mere liye yeh bohot hi unpleasant memories hai [This is an unpleasant memory for me], filled with pain."

Divya Agarwal relived her grim fights with Raqesh Bapat and Nishant Bhat. After Divya was shown the clips, she took both the photos and asked permission from Bigg Boss to shred both the memories. Without waiting for an answer, Divya went ahead to destroyed them.

Things were different for Pratik Sehajpal. For Pratik, it was Neha Bhasin or Nishant Bhat. At first, he was confused and said, "Dono mere dil ke bohot kareeb hai yaar. Main kaise karoon [Both are so close to my heart. How do I choose?]" But he finally decided to keep Neha's photo and asked Nishant not to be angry with him. Pratik said, "Neha jaa chuki hai to uski ek yaad main apne saath rakhna chahta hoon hamesha [Neha has left the house. So, I want to keep her memory with me always]." Pratik kissed Neha's photo and thanked her before ending the task.

The winner of Bigg Boss OTT will be announced in the final episode on Saturday, September 18.