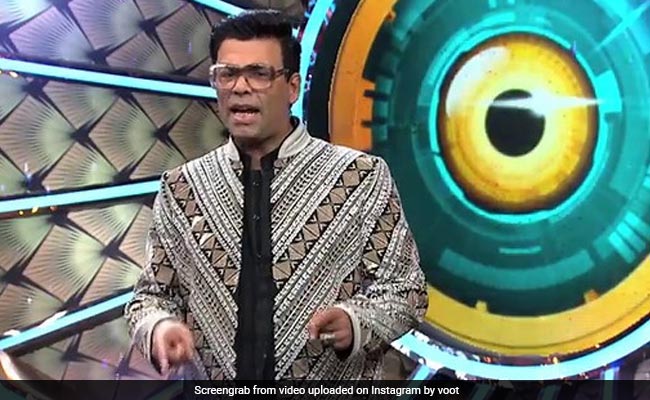 As the first season ofBigg Boss OTT  is drawing to a close, fans are busy rooting for their favourite contestants. And, this season had it all. While we saw a romantic entanglement between Shamita Shetty and Raqesh Bapat, we also witnessed some unexpected friendships between Moose Jattana and Nishant Bhat as well as Neha Bhasin and Pratik Sehajpal. Divya Agarwal's bond with her boyfriend, Varun Sood, who appeared as a guest on the show also won hearts. And, we can't forget to talk about the host of the show, director Karan Johar.

As fans and contestants prepare for the finale scheduled for Saturday, September 18, we are taking a quick look at some of Karan Johar's best grilling sessions on the Sunday Ka Vaar episodes.

The season began with Karan Johar and Divya Agarwal getting into an argument over some of the comments that Divya made on the show. Divya was heard saying that she does not need the show. To which, Karan Johar asked her, “If you don't need the show, why are you here?” He also added that it is a show and “not a party.”

In another interaction with Divya Agarwal, Karan Johar schooled the actress for dragging him into the house. In a clip, he is seen asking Divya, “Boss Lady, you wanted to nominate me?” Divya clarifies, "it was a joke". To this, Karan Johar added, “Bigg Boss has summoned you [Divya] as a contestant and I am the host. So this line between the two of us will always be there.”

In the same episode, Karan Johar also scolded Zeeshan Khan for saying, “Ladki ho toh daayre mein raho [You are a girl, stay in your limits].” While Zeeshan tried to explain, Karan Johar said that his justification was not worth buying at all. “This is the most misogynistic remark I have heard recently and I have heard a lot of remarks coming out of a man's mouth. Let me tell you, this remark of yours reeks of misogyny and chauvinism,” he told Zeeshan.

Next in line is Karan Johar's face-off with actress Akshara Singh. She had commented on Neha Bhasin's body and shaming her. Karan Johar was referring to a comment made by Akshara where she told Neha, “Aapko tang kholke baithna aata hai (You know how to open your legs and sit)". Karan Johar lashed out at her for what many considered to be an "inappropriate" remark. Karan Johar also condemned her for saying that Neha had come on the show to “feel bodies”.

On another occasion, Karan Johar chastised Raqesh Bapat for saying that women are weaker than men. He said that Raqesh's comments had come across as “sexist”.