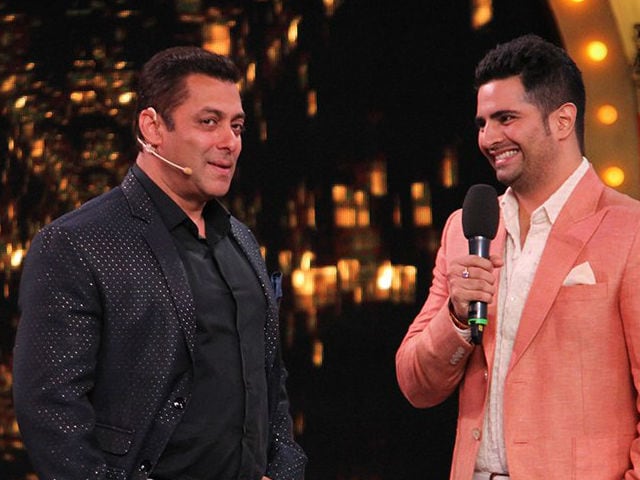 This image was posted on Twitter by Bigg Boss

Mumbai: Television actor Karan Mehra, who became a household name after through television show Yeh Rishta Kya Kehlata Hai, has entered the tenth season of reality show Bigg Boss and he's certain that the controversial game show is not scripted.

Before entering the show, Karan told IANS that earlier he too used to think that it's scripted. "We need to change our perceptions. And unless we are not a part of something, how can we comment on it? Today being a part of it, I can say Bigg Boss is not scripted and I can vouch for it," he said.

"They told me do whatever you have to because once you are into the house it's just you. It's that real. There are lots of misconceptions about Bigg Boss and my perception changed when I met them (makers)," he added.

Bigg Boss season 10 premiered on Sunday night. Talking about the experience he is going in for, Karan said: "It's freaky to be locked up and to be in front of the camera 24x7. It's like somebody is constantly watching you. There is a lot of pressure on how you talk, how you portray (yourself), what are you doing. So it is a lot of pressure and it's very different."

"Here it is all about the circumstances that you are put through in the house," he added.

For Karan, Bigg Boss, hosted by superstar Salman Khan, is all about revealing the real side of the celebrities.

Promoted
Listen to the latest songs, only on JioSaavn.com
"You all will get to see the real Karan Mehra through this show. I have never really followed the previous seasons apart from Season 8. Most of the time I am aloof of what happens in the house, but I am looking forward to have a great time in the house," he said.