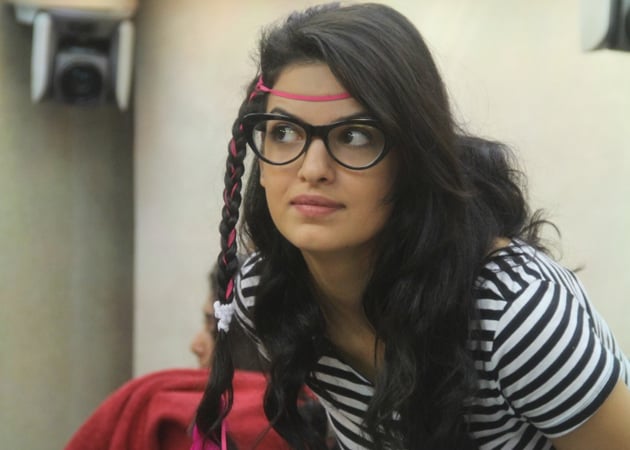 Natasa Stankovic in a still from Bigg boss 8.

Serbian model Natasa Stankovic was the latest contestant to be evicted from Bigg Boss 8, after a stint of four weeks. Natasa's exit from the house came at a time when all the contestants were celebrating Diwali with the show's host, actor Salman Khan. Natasa's exit was almost like a deja vu of VJ Andy's exit in the last season of Bigg Boss - she was taken away stealthily by a group of entertainers in the house. However, while Andy was taken to a secret part of the house and later rejoined the other contestants, Natasa's stint in the reality show seems to have hit a dead end.

After the performers took Natasa away, Diandra, Soni Singh, Karishma and Sushant, who witnessed her exit, said they were shocked.

Natasa's exit almost proves that there's no such thing as bad publicity. She was one of four up for eviction time - pitted against strong contestants like Karishma Tanna, Aarya Babbar and Minissha Lamba - and was the least controversial of the four nominees. However, Karishma, Aarya and Minissha are not only well known faces from the film and television industry but also the ones who have been embroiled in the show's biggest dramas so far.

Promoted
Listen to the latest songs, only on JioSaavn.com
Inside the house, Natasa was known for her cheerful girl-next-door nature, with language being her only barrier. Natasa's Bigg Boss ticket came courtesy the item song Aiyo Ji Hamri Atariya Mein in Prakash Jha's Satyagraha.

Natasa counted Sushant Digvikar and Diandra Soares as her closest friends inside the house, who also trained her in Hindi. Apart from the language barrier, Natasa could also not come to terms with the 'spicy' Indian food relished by other contestants. Natasa, a great dancer, was always up for shaking a leg with the other inmates of the house.