After a war of words, Nikki Tamboli agreed to her mistake and apologised 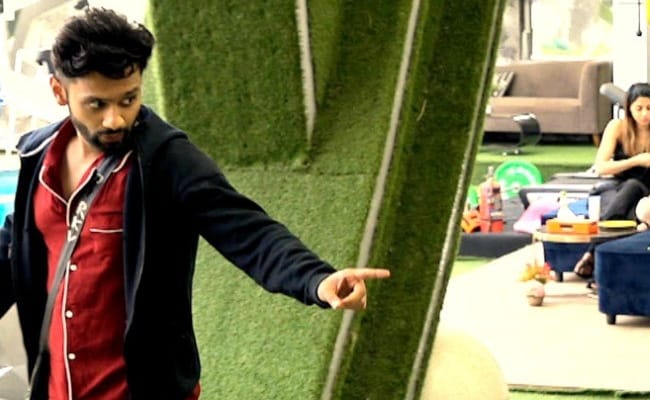 Monday's episode of Bigg Boss 14 was fulll of fights and war of words, the first of which was courtesy Devoleena and Arshi Khan. Devoleena asked Arshi to do her duties of the day - chopping vegetables, which she denied saying she's free to do whatever she wants and will not live by Devoleena's mandate. This fight angered Devoleena so much that she threw utensils on the kitchen floors with a bang, which in turn, hit Abhinav Shukla, who too was in the kitchen.

Next, Arshi Khan requested Rahul Vaidya to clean up spilled tea, which he resfused to do, saying Arshi needs to check her tone. Rahul accused Arshi of spreading negativity in the house and teased her around with Aly Goni. Rahul made a few rude remarks about Arshi's character, which she interpreted as a comment on her upbringing. Rahul and Aly were close friends with Arshi till now, so their changed behaviour shocked Arshi Khan, who broke down in tears.

Meanwhile, Arshi discovered a jar full of cream rolls by Rakhi Sawant's bed and showed it to Nikki. Nikki, who was reprimanded over securing food items, accused Rakhi of doing the same. She lost her temper and trashed the cream rolls in the bin. This irked Rahul Vaidya, who lashed out at Nikki for wasting food. Nikki realised her mistake and apologised but not without an ugly fight with Rahul.

Abhinav Shukla too joined the fight, saying if Rahul always supports what's rght, then why didn't he say anything during Devoleena's kitchen drama. Rahul and Abhinav had another war of words. Meanwhile, Nikki told Abhinav and Rubina that she doesn't need to be supported in a fight and can hold her own ground.

Meanwhile Aly Goni pointed out that Arshi started the fight bys howing the jar to Nikki and that she later pretended to support Rakhi. Arshi denied the allegations and had another session of altercation with Aly.