Bigg Boss 14: Here's What Salman Khan Told Nikki Tamboli After Her Eviction From The Show 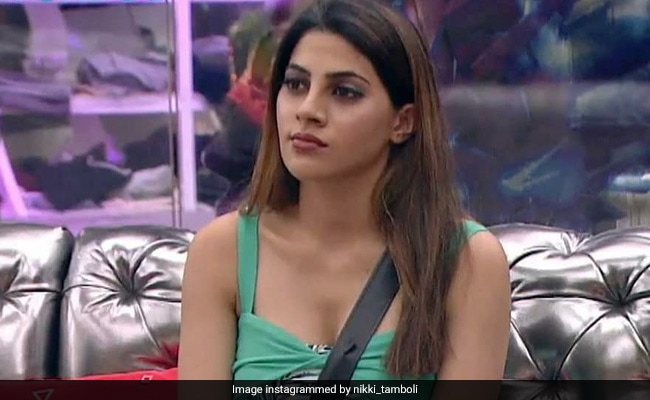 Bigg Boss 14: Nikki Tamboli in a still from the show. (courtesy nikki_tamboli)

On Saturday's episode of Weekend Ka Vaar of the popular TV reality show Bigg Boss 14, actress Nikki Tamboli got evicted from the show. All the fellow contestants, especially Eijaz Khan got emotional after Nikki's eviction from the house was announced by the show's host Salman Khan. The Kick actor told Nikki Tamboli that she "was loved on the show from day one." He added that she was pitted against three popular celebrities (Rahul Vaidya, Rubina Dilaik and Jasmin Bhasin). Salman asked an emotional Nikki "not to change" her personality. He signed off by joking about former Bigg Boss 14 contestant and Nikki's friend Jaan Kumar Sanu, saying that the singer is waiting for her outside the house. An emotional Nikki left the house saying, "Ab main toh nahi hoon, kuchh toh karo," to the remaining contestants.

So far, Eijaz Khan and Abhinav Shukla are the finalists for the current season and two more contestants will be joining them. One of the contestants from Rubina Dilaik, Jasmin Bhasin and Rahul Vaidya will be leaving the house tonight. In a promo video shared by the official Instagram handle of Colors TV, Salman Khan will be seen asking Rahul Vaidya to leave the house due to his lack of enthusiasm for the show.

On Sunday's episode of Weekend Ka Vaar, former Bigg Boss contestants Vikas Gupta, Rakhi Sawant, Manu Punjabi, Kashmera Shah, Arshi Khan and Rahul Mahajan will be seen entering the house as "BB 14 Challengers." They will be the finalists' competitors in the show.