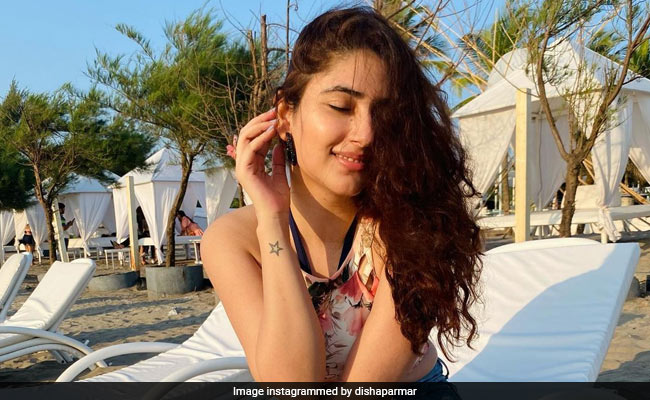 Love is in the air in the Bigg Boss 14 house. Bigg Boss planned a special surprise for singer Rahul Vaidya, who is one of the contestants this season. As a Valentine's Day gift, Bigg Boss sent his girlfriend and actress Disha Parmar in the house. For the uninitiated, Rahul Vaidya had proposed to Disha a few months ago during the show (more on that later). In a promo video shared by the official Instagram account of Colors TV, Rahul Vaidya is seen getting emotional when he sees Disha in the house. Keeping the COVID-19 precautions in mind, Rahul and Disha Parmar were separated by a glass door of sorts. An excited Rahul Vaidya asked her once again if she would marry him and she said yes, with a placard in her hands and a smile on her face.

A few months ago, Rahul Vaidya proposed to the actress on national television. Rahul and Disha have been dating for more than two years now. The couple featured together in Rahul Vaidya's single Yaad Teri in 2019. The singer chose to propose to her on her 26th birthday. Rahul was seen sporting a white t-shirt with "Marry Me?" written on it. Calling her the "most beautiful girl" he has ever met, Rahul proposed to her. The singer said that he has never been more "nervous" and added that he doesn't know what took him so long to ask. Rahul said that he will be waiting for Disha's answer.