Bigg Boss 13: "I am entering the house for myself, and not for Vishal," said Madhurima Tuli 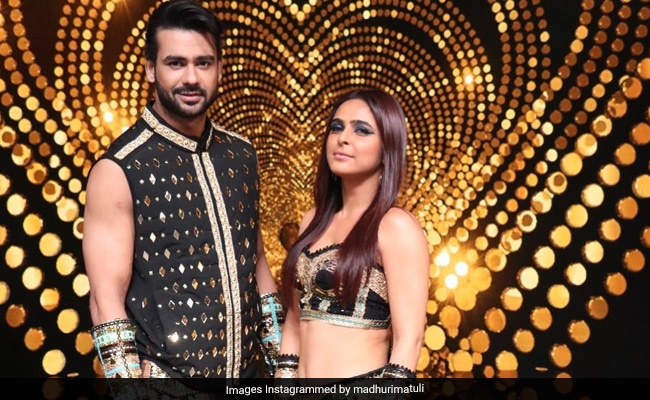 Madhurima Tuli and Vishal on the sets of Nach Baliye 9. (Image courtesy: madhurimatuli)

Bigg Boss 13 contestants Vishal Aditya Singh and his former girlfriend Madhurima Tuli have been trending incessantly, ever since a new promo video of the show's upcoming episode surfaced on social media. Madhurima Tuli, along with Arhaan Khan and Shefali Bagga, will be entering the house as wild card contestants. In the promo video, Madhurima can be heard saying, "Namaste Mahashay ji," to Vishal, with whom she participated in the dance reality show Nach Baliye 9. Vishal, who doesn't appear to be very pleased with Madhurima's entry in the show, says, "Her voice is pinching my head."

Speaking of her decision of entering the Bigg Boss house after Vishal, Madhurima, in an interview with the Times Of India, said that the reason behind entering the house is "not Vishal." She said, "I am entering the house for myself, and not for Vishal. I have moved on. Hamare beech mein sab khatam ho gaya hai But the audience wants to see more of us, unke liye khatam nahi hua hai and they are hoping that we might get back together."

Madhurima stated that she and Vishal "need a closure." She added, "I think Vishal and I need closure. Jo bhi hamaari kahaani hai, woh achhe se khatam ho, so that everyone is at peace. Having said that, it's not like we were fighting all the time on Nach Baliye, there was some chemistry as well, which I feel the audience had liked."

Madhurima Tuli is best-known for her roles in Ekta Kapoor's Kumkum Bhagya and Chandrakanta - Ek Mayavi Prem Gaatha, in which she played the protagonist. She has also been part of films like