Bigg Boss 12: Salman Khan Reveals What Katrina Kaif Would Do If She Were To Co-Host The Show

"The creative team will make sure that the jodis break up," said Salman Khan 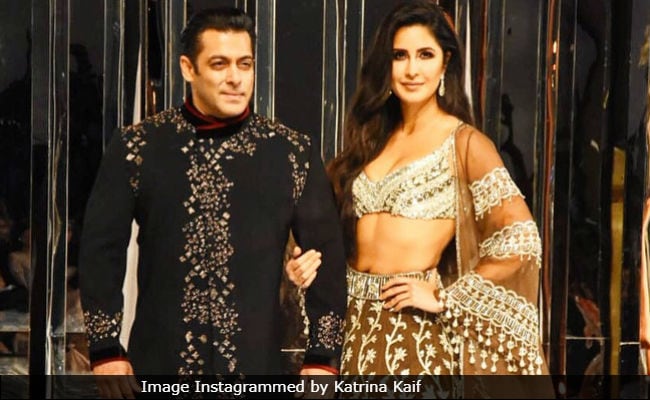 Did you know what Katrina Kaif would do if she were to co-host this year's Bigg Boss along with Salman Khan? She would "stick to the script" and would want an "equal prize." Well, that's what Salman Khan told the media during the show's launch in Goa, reports news agency IANS. This year, the show's theme is vichitra jodi, so when Salman was asked if he will have a co-host on the show, the 52-year-old actor mentioned that he will be hosting the show all by himself. However, he also mentioned that Katrina, who was aware of this year's concept of jodi, jokingly asked Salman if she could co-host the show with him. Salman told IANS: "She asked 'There are jodis this time?' I said yes. She said 'I should do it. You do your impromptu thing, I will follow the script'. I asked about the prize. She said 'We will keep it equal." Though Salman Khan has been zeroed in for hosting the twelfth season of the show but it would have been interesting to see the duo host the show together.

Salman, who has been hosting Bigg Boss since its fourth season, added, "There will be interesting jodis and the more interesting contestants are, the people in creative team will make sure that the jodis break up. So no matter how much they (contestants) plan or whisper, they have a microphone all the time. Everything can be heard. The cameras are there 24/7 and there are three batches of people who watch everyone."

Ali Abbas Zafar roped in Katrina to star opposite Salman after Priyanka Chopra made an exit from the film. Other than Bharat , the duo have co-starred in films like Maine Pyaar Kyun Kia , Yuvvraaj, Ek Tha Tiger and Tiger Zinda Hai among others.