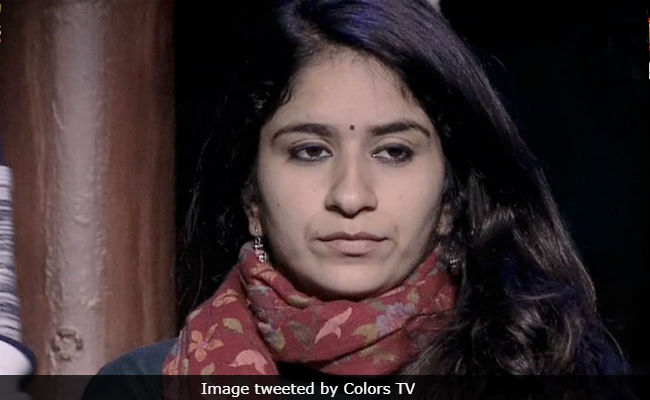 Tonight's episode of Bigg Boss 12 can be described as a roller-coaster ride. The show might be about to end in a few days but the competitive spirit in all the contestants remains intact. Much to the housemates' surprise former Big Boss contestants Kamya Punjabi, Priyank Sharma and Gautam Gulati visited the house today. That's not it! More surprises were in store for the contestants, which involved loads of gifts from Salman Khan and mid-week evictions. In tonight's episode, a mid-week eviction was announced, as a part of which one of the contestants had to be evicted from the show. Much to everyone's surprise, Surbhi Rana was evicted from this show. This season's top five contestants in Bigg Bossinclude television actor Dipika Kakkar, singer Deepak Thakur, Romil Chaudhary, TV actor Karanvir Bohra and cricketer S Sreesanth.

On a lighter note, show's host Salman Khan had sent special gift for the top five contestants of the season. Much to the contestant's dismay, Kamya, Gautam and Priyank did not visit the house in order to cheer for the contestants; they were in fact there to announce the next task.

The housemates will have to beg, borrow, steal and fight with @ipriyanksharmaa, @iamkamyapunjabi and @TheGautamGulati in order to win the remaining prize money! Witness the adventure unfold tonight at 9 PM. #BB12#BiggBoss12pic.twitter.com/vIXwpIkKtN

In the initial segment of the show, Bigg Boss added a twist by announcing the task titled 'BB Water Station,' as a part of which all the contestants were given the opportunity to win back Rs 6,65,000, which they had lost from the prize money. In order to make the task more interesting, the former Bigg Boss contestants had to challenge the present ones.

As part of the BB Water Station task, the housemates had to choose any 3 contestants, who had to compete with Kamya, Priyank and Gautam. The task was conducted in the garden area, wherein two water tanks were placed and both the contestants had to collect water in their respective containers, whichever team collected more water would be declared the winner. Surbhi Rana, Deepak Thakur and Romil Chaudhry were chosen to compete in the task and the trio even emerged victorious in the task.

Milind Soman Is "Missing The Mountains." We Can Relate