Somi Khan got evicted from Bigg Boss 12 in Sunday's episode 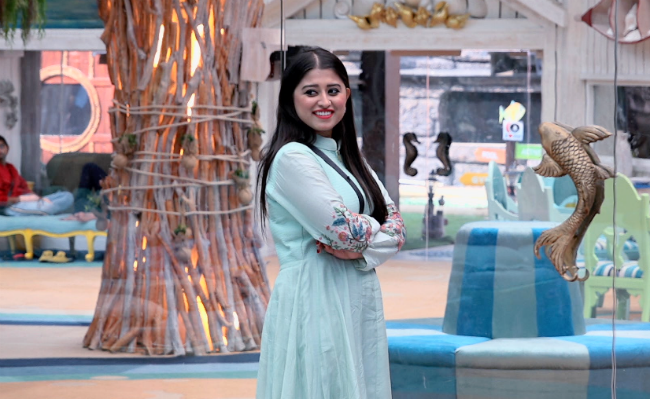 Somi Khan in a still from Bigg Boss 12.

FormerBigg Boss 12 contestant Somi Khan, who got evicted from the show in Sunday's episode, recently occupied a spot on the trends list after she opened about her relationship with fellow contestant Deepak Thakur and her rival Jasleen Matahru. During a recent interview with the Hindustan Times, Somi said that her alleged relationship with the Gangs Of Wasseypur singer did not impact her popularity directly. Somi told Hindustan Times, "I won't say that he helped me in becoming popular. We both entered the Bigg Boss house on the same day and have our own journey behind us. He had a prior fan following as he has sung songs in few films and people knew him already."

According to Somi, the audience found the Gangs Of Wasseypur singer's "fascination" for her interesting and she told Hindustan Times: "I think they found his fascination for me interesting. They wanted to see more of us and know more about us. I agree that they have shown an interest in both of us. People have seen me grow and perform as an individual and wanted me to see as well."

Speaking of her equation with her so-called "rival" Jasleen Matharu, Somi said, "I don't know what her problem was. My journey has been longer than hers. I survived in the show for 13 weeks by saving myself from the nominations. It was my individual performance."

Somi Khan entered the Bigg Boss 12 house along with her sister Saba Khan. Saba got eliminated in the earlier stage of competition but Somi managed to stay in the Bigg Boss house for over 13 weeks.