Bigg Boss 12, Day 10: It's Time For Revenge. Dipika Kakar, Srishty Rode Are In No Mood To Forgive The Jodis

After the jodis' ruthless game, it's turn for the singles to get the score even 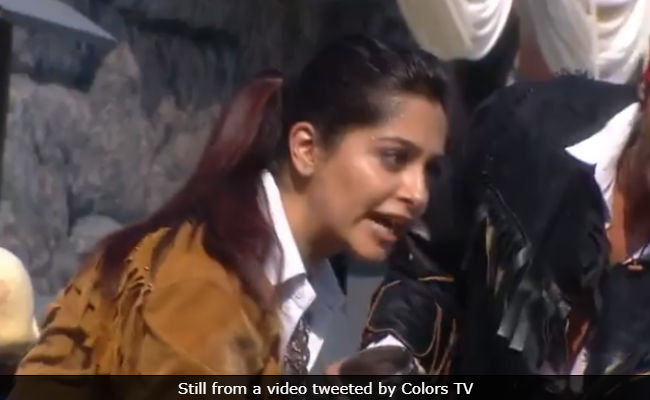 In tonight's episode of Bigg Boss 12, team singles gear up for their part of the fight in the luxury budget task. Karanvir Bohra, Dipika Kakar, Srishty Rode and Nehha Pendse are making plans to deal with the jodis, who played a brutal game in last night's episode. Team singles discuss that Romil Chaudhary and Nirmal Singh's apathy towards them was shocking and they have made up their minds to retaliate with full force. On the other hand, Deepak Thakur and Romil Chaudhary, who fought last night, appear to have mended their bond again. In the sneak peek shred on the official Twitter handle of Bigg Boss, it is revealed that they discuss Sreesanth's rude behaviour.

Deepika and Romil are annoyed with Sreesanth for telling others that he'd slap them. They discuss that Sreesanth should keep his temper in check as many may not be handle his rudeness for a longer time.

Meanwhile, Bigg Boss announces that the singles can select which player in a jodi would want to test during the task. The singles' team is delighted while the jodis appear distressed. The jodis start hiding material their opponents can use against them. They find unique corners in the house to hide things such as garbage, shampoo bottles. Saba and Sreesanth will fight once again.

It's time for the next stage of 'Samudri Lootere' where the singles are all set to take things up a notch! Will the jodis win against them? Find out tonight on #BB12 at 9 PM. #BiggBoss12pic.twitter.com/ngw5KNmYTd

As the game begins, the singles start with Saba and start torturing her by splashing water on her face while dousing shampoo on her. Saba's sister Somi watches restlessly and yells at Dipika and others for being ruthless.