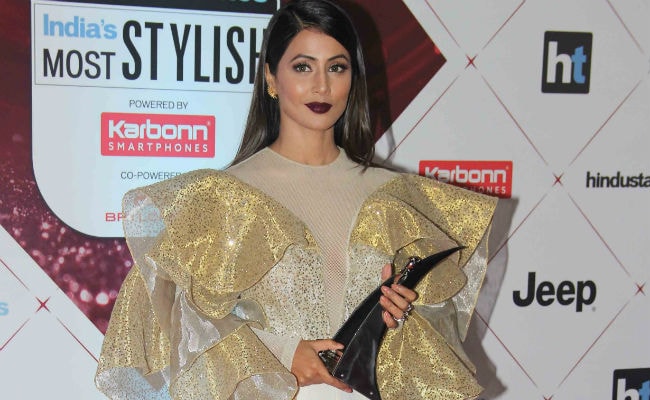 Hina Khan photographed in Mumbai at the HT Style Awards

IANS also reports that Hina Khan will be wearing an outfit that will have a mix of rich embroideries, appliques, impeccable weaving and a rich colour.

During her stay in the Bigg Boss 11 house, Hina Khan experimented with her fashion statement. She was seen in both Indian as well as western outfits. At last week's HT Most Stylish Awards, she won the trophy for in the most stylish TV Personality category.

Promoted
Listen to the latest songs, only on JioSaavn.com
"After Bigg Boss, I would like to take a break as I have done back-to-back two reality shows - Khatron Ke Khiladi and Bigg Boss. The break means either I will go back to doing fiction shows or might do films, if anything interesting comes up," Hina told news agency PTI.