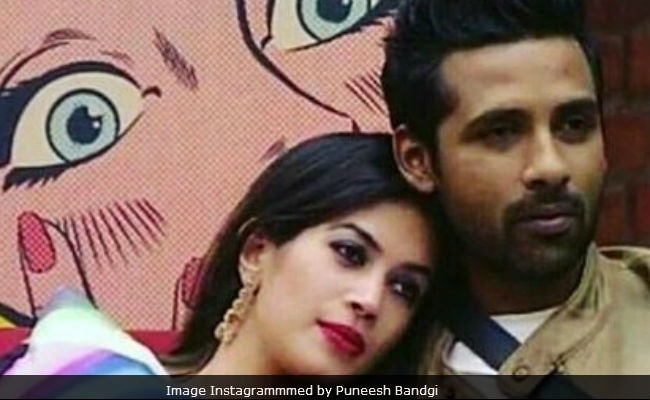 Bigg Boss 11: A still from the show. (Image courtesy: PuneeshBangi)

New Delhi: From Katrina Kaif's fun task in the house and Salman Khan's vaar to the unexpected eviction, this week's Weekend Ka Vaar had it all. Katrina had her Swag Se Swagat in the Bigg Boss house and boys Puneesh Sharma, Akash Dadlani, Hiten Tejwani among others tried to impress her with their unique skills. Akash Dadlani made the roti with a rap while Vikas Gupta showed-off his stunning belly dance moves. The gharwale tried hard to impress Katrina but her ultimate choice was her Tiger Zinda Hai co-star Salman Khan. Then it was time for Puneesh Sharma and Luv Tyagi's face off in the sultani akhaada.

The boys compete to impress Katrina Kaif through this fun competition. Catch it only on #WeekendKaVaar. pic.twitter.com/ni69eDW1Fw

It is time for the boys to show-off their abs, but in this fun dance contest. Tune in right now to #WeekendKaVaar to catch all the masti. pic.twitter.com/ag1GevtVZ4

Sultani Akahade mein kaun padega kis par bhari? Watch Luv Tyagi and Puneesh Sharma fight it out in the final round only on #WeekendKaVaar. pic.twitter.com/CRxIurYBC5

Salman had a fun task for the contestants. Hina Khan, Arshi Khan, Vikas Gupta and Shilpa Shinde had a cold water pool bath. This week, Luv along with love birds Puneesh and Bandgi Kalra were nominated for eviction. Salman Khan then revealed that both Puneesh and Bandgi had the option of walking out together or save one of them from eviction. Emotional and heartbroken duo decided to exit together but Salman Khan threw another twist and announced that it was, indeed, Bandgi who would leave the house.

Bandgi was evicted from the show and it left Puneesh heartbroken.

Promoted
Listen to the latest songs, only on JioSaavn.com
After being evicted from the house, Bandgi said, "It was an amazing experience for me and I cannot believe I had to leave at this juncture. If I get a chance, I would willingly go back to the house." She added, "I will continue to follow the show and will be rooting for Puneesh to win!"

Will Puneesh be able to survive in the game without Bandgi? What do you think?