Bigg Boss 11: This Is How Much Salman Khan Will Reportedly Get Per Episode

Salman Khan will get Rs 11 crore per episode for hosting the 11th season of Bigg Boss, reports TellyChakkar.com 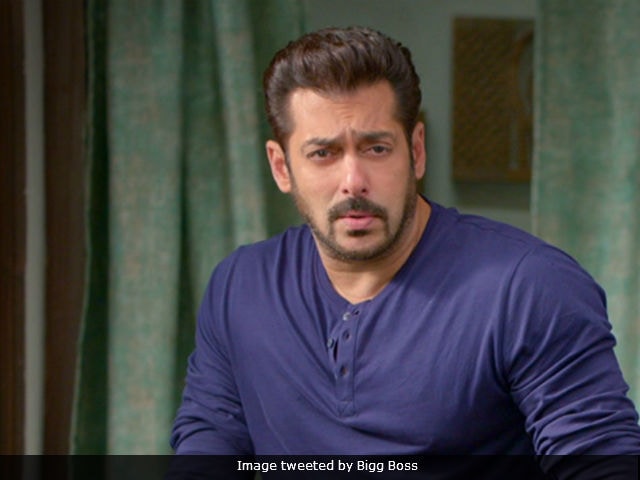 New Delhi: Our favourite and much-awaited TV reality show Bigg Boss is all set to comeback with much more fun in its 11th season. The fans are already super excited and can't wait to watch their beloved host and dost Salman Khan again on Bigg Boss. The 51-year-old actor, who will host the show for the eighth time this season, is taking a big amount home, say reports. The Kick actor is getting Rs 11 crore per episode (*oops*) for hosting the 11th season of the show, reports TellyChakkar.com. If this happens, Salman will be the highest paid movie star on TV. TellyChakkar.com reports that Salman Khan, who will host the show on Colors TV, will get a huge paycheck. Salman has been hosting the show since season 4. It is for the eighth time when the actor will host the show with a unique theme - padosi.

Salman's fans have always loved him in every season and tune in to the show just to watch the Dabangg actor.

There has been no reports about the names of the contestants of the show yet.

The last season of Bigg Boss had celebrity contestants like Lopamudra Raut, Gurbani Judge, Monalisa and Rahul Dev while for the first time the show also had commoners like Manu Punjabi and Manveer Gurjar. The winner of the last seen was Manveer Gurjar.

The makers of the show have promised more fun, excitement and gossip in Bigg Boss 11.

Promoted
Listen to the latest songs, only on JioSaavn.com
Are you excited to watch Salman Khan in Bigg Boss season 11?

So, get ready to watch different types of padosis on October 1!!!