Bigg Boss 11: Salman Khan To Return As Host Of The Show On October 1

The makers of Bigg Boss unveiled the third promo of the show's eleventh season on Twitter. The promo, which features Salman Khan with Mouni Roy, reveals the date when the first episode of the show will be premiered 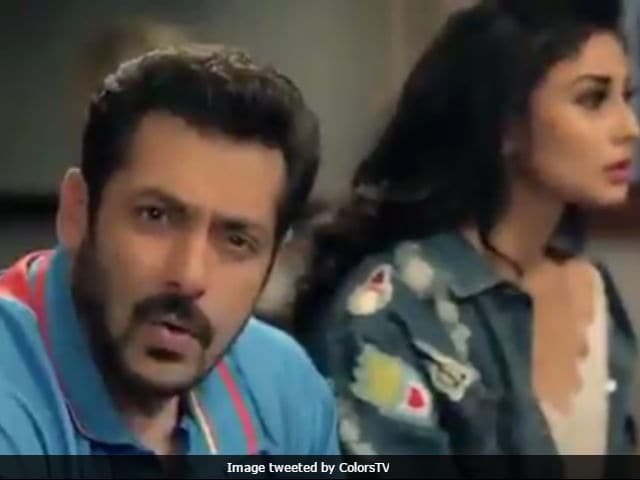 New Delhi: The controversial reality show Bigg Boss is all set to return with its eleventh season and the makers of the show have shared the third promo of the show on the official Twitter handle of the Colors channel. While the speculations around the name of the celebrity contestants who will feature on the show continues, the third promo of Bigg Boss 11 reveals the date on which the show will air its first episode. Well, you just have to wait for 22 days. The first episode of Bigg Boss season 11 will be premiered on October 1. Can't wait for the new season of the show, right?

The 45 second promo of Bigg Boss season 11 features Mouni Roy with superstar Salman Khan. In the short clip, Salman Khan is interrupted by his neighbours, who barge into his house to watch a cricket match. Initially perturbed, the 51-year-old actor gets some respite after he sees beautiful Mouni Roy walk in. She asks him if she can watch the match with him, to which he responds, "Aapke Liye Toh Balcony Seat Book Ki Hai."

#Breakingnews
22 days to go for the BIGGEST Reality Show. #BIGGBOSS with @BeingSalmanKhan@iamappyfizz@oppomobileindia@cpplusglobalpic.twitter.com/ceKzx3sjHu

Last month, pictures of Salman Khan and Mouni Roy from the sets of the promo shoot went viral on the internet.

In the tenth season of Bigg Boss, Mouni had joined Salman Khan on a few episodes of Weekend Ka Vaar.

Promoted
Listen to the latest songs, only on JioSaavn.com
Mouni Roy, who is best known for her role in the popular TV show Naagin, will soon be making her Bollywood debut with Gold opposite Akshay Kumar.