Bigg Boss 11, October 26: Dhinchak Pooja has been given a task to create a viral song on the housemates 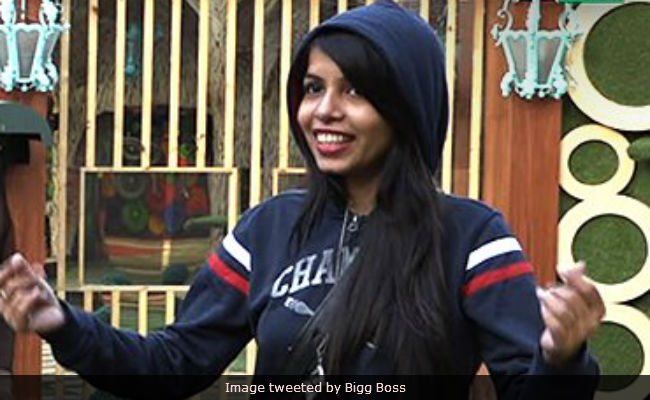 New Delhi: In today's episode, the gharwale woke up to Tip Tip Barsa Paani (may be because it's Raveena Tondon's birthday?) Arshi Khan joked with Hiten Tejwani and flirted that Hiten has one gharwali and one baher wali (referring to Hiten's wife Gauri) Later, Bigg Boss asked each member of the house to nominate a contestant from Team Red (the losing team), whose performance was the worst in the luxury budget task - Khuljaa Sim Sim. With mutual consent the gharwale chose Dhinchak Pooja as the worst performer to go in the kalkothri. Pooja thought that Arshi Khan and Akash Dadlani, who provoked her against Team Red are right and gave her a good advice. She was not at all happy with the decision and busted into tears in the washroom.

Bigg Boss asked Hina to take two names of any other housemates, who would go to the kalkothri and serve the punishment. Hina locked rapper Akash and Arshi in the kalkothri. Pooja's punishment did not dampen her dhinchak spirit as she entertained her kalkothri mates with a song Daaru Daaru Daaru while Hina, Sapna Choudhary and Jyoti Kumari made fun of her inside the house.

Bigg Boss asked Dhinchak Pooja to create a viral song on Bigg Boss's housemates. The song would win everybody the luxury budget, (which was cut down to zero because the housemates broke the rules) if Pooja impressed Bigg Boss with her song.

Hina was given another task - Sapna ki aadalat, in which Sapna played the role of a judge and housemates had to question Hina. If Hina cleared all the doubts and proved that she was innocent, she could again compete for the captaincy.

Hina Khan was tagged as self-centric by Sapna because everybody thought that for Hina it's always about - I, me and myself. Judge Sapna's final verdict was that though Hina proved to be a great captain, she would not compete for the captaincy again and this chance would be given to other inmates of the house.

Promoted
Listen to the latest songs, only on JioSaavn.com
Who will be the next captain of the house? Will Dhinchak Pooja be able to create a viral song? Will the contestants get back their luxury budget?

Stay tuned for all the answers and Priyank Sharma's grand re-entry tomorrow!