Bigg Boss 11, October 16: Vikas Gupta got to nominate seven contestants for the next eviction episode 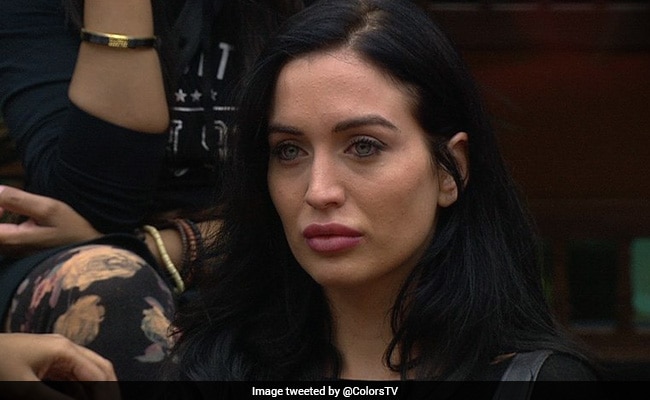 Bigg Boss 11, October 16: A still from the show (courtesy ColorsTV)

New Delhi: Monday's Bigg Boss was so full of surprises that the viewers must have taken a while to wrap their heads around it. The episode started with the announcement of a sudden eviction - the padosis have enjoyed the perks of having the upper hand for a while now and it was time for one of them to go. Bigg Boss was not pleased with their efforts in the Secrecy Task and decided to let the contestants vote one of them out. It was a tough fight between Luv Tyagi and Lucinda Nicholas while Sabyasachi Satpathy and Mehjabi Siddiqui were almost left out of the game.

Sabyasachi and Shilpa Shinde were the first ones to vote while the session ended with Luv Tyagi also votes for Lucinda Nicholas voting against each other. After eight votes against Lucinda, she had to bid the Bigg Boss house goodbye.

In another unexpected turn of events, the captain of the house - Vikas Gupta - was handed over the added advantage of nominating seven contestants. These are the seven names nominated by Vikas.

Sapna Chaudhary because of personal reasons, for not supporting him before Shilpa Shinde is because she apparently scares him

Mehjebeen for making a mistake during a task

Luv Tyagi for being short tempered

Aakash for troubling Vikas Gupta on the very first day

Following Vikas' decisions, each of the contestants was asked to nominate two names from the seven contestants who have been nominated by Vikas Gupta already. Two names which were repeated by the contestants were Aakash, for his "childish" nature, and Hina, for being "overconfidence." Hina Khan was nominated with eight votes, Puneesh and Sapna with four votes, Luv and Aakash with three votes against them each.

Other highlights of the day also include Vikas Gupta's attempt to have a heart-to-heart conversation with Hina, Luv Tyagi's fight with Arshi Khan and how Akash lost his calm after being nominated for next week.

We can't wait for Tuesday's episode, which will have the new budget task introduced.
Comments
bigg boss 11october 16