Bigg Boss 11: The housemates will step out of the house to meet their fans tonight 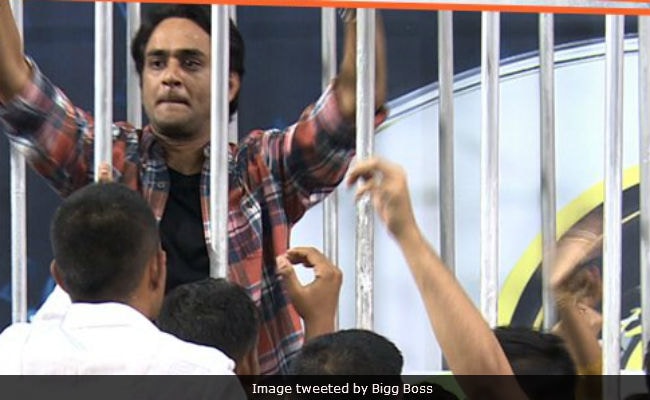 New Delhi: In the chor-police game, Puneesh Sharma and Luv Tyagi lost their ticket to the finale but today the nominated contestants will have another chance to make it to the finals. Yes, your favourite gharwale will step out of the Bigg Boss house for the first time for an open eviction process. Colors' official Twitter handle reports that Hina Khan, Shilpa Shinde, Vikas Gupta and Luv Tyagi will meet their fans and followers in a shopping mall in Lonavla and will make a vote appeal. The fans will do secret voting and will save their manpasand contestant. In the clip, shared on social media we can see that some fans will show immense love to Luv while others will scream and support Shilpa. Excited?

The nominated contestants are all geared up to step out to meet their fans. Catch all the excitement tonight at 10:30 PM on #BB11. #BBSneakPeekpic.twitter.com/eu0LxLfom5

The fans are overwhelmed with the presence of their favourite contestants. Who will the audience eliminate? Find out only on #BB11. #BBSneakPeekpic.twitter.com/fldsUNzuab

Promoted
Listen to the latest songs, only on JioSaavn.com
Also, Bigg Boss will conduct a debate session in the house, in which contestants will take a dig at each other. In the session, the gharwale will tell each other why others do not deserve to stay inside the house. Each of the contestant will blame Hina for her hypocrite behaviour and will also say that she doesn't follow her own rules. Hina Khan will provoke Luv and will say that Luv has disappointed his fans and doesn't deserve to be in the house while others will lash out at Vikas Gupta for lying about Akash. Shilpa will be tagged as 'over confident.'

The #BB11 housemates take a dig at each other during the debate session. Witness the drama tonight at 10:30 PM. #BBSneakPeekpic.twitter.com/B9tkq43JId

Colors' also revealed that it will be a shocking elimination tonight. Are you excited to meet your favourite contestants? Tell us in the comment section below.