Bigg Boss 11: Hiten Tejwani and Gauri Pradhan have been married for over 13 years now. They fell in love on the sets of Kutumb 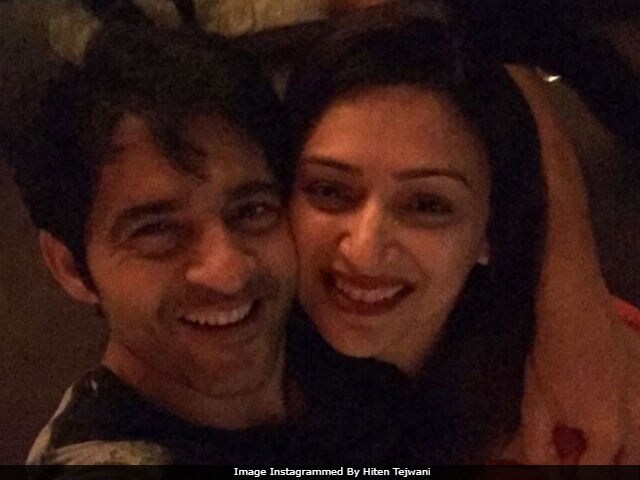 New Delhi: Television actor Hiten Tejwani, who is currently a part of reality show Bigg Boss 11, is married to his co-star Gauri Pradhan. Initially, it was reported that both Hiten and Gauri will take part in Bigg Boss 11. However, due to prior work commitments, Gauri did not participate but she accompanied her husband to the Bigg Boss 11 premier and the duo made a grand entry on stage. Hiten Tejwani, 43, and Gauri Pradhan, 40, have been married for over 13 years now. They fell in love on the sets of Kutumb. The couple, who were also paired opposite each other in Kyunki Saas Bhi Kabhi Bahu Thi, are parents to son Nevaan and daughter Katya.

Hiten and Gauri make an adorable couple and there's proof in these pictures. mid-day reports that the actors had registered for a court marriage in 2002 and three years later, they married in the presence of their family.

One look says it all..we are there for each other always #throwbackthursday #keepsmiling #beautiful #hitentejwaniofficial

Promoted
Listen to the latest songs, only on JioSaavn.com
Meanwhile, Hiten is playing it safe in Bigg Boss 11 and has not been part of any controversy so far. He was the first contestant to enter the house.

Hiten nominating, while his game going strong , no one has nominated him #BiggBoss11 #TeamHitenTejwani #biggboss #keeprooting #support #follow